Ron Paul, a former Texas congressman and Republican presidential candidate, has been condemned for plans to speak at a conference hosted by the Fatima Center, a Catholic, antisemitic fringe group.

“For Ron Paul to associate himself with such a disreputable, hateful religious movement is simply beyond comprehension,” American Jewish Committee (AJC) Executive Director David Harris said in a statement.


According to AJC, the Fatima Center is a fringe Catholic group led by Father Nicholar Grunner, who was suspended by the Catholic Church in 1996. Grunner rejects Nostra Aetate, a Second Vatican Council ruling that disavowed anti-Semitism and ushered in a new era of positive Jewish-Catholic relations. The Southern Poverty Law Center, a civil rights organization, has also accused Grunner of antisemitism.

Paul, who planned to deliver the keynote address at the Fatima Center gala dinner on Sept. 11, is known for his staunch libertarian and isolationist views, including reducing American military aid to Israel. Based on these views and other alleged remarks calling for Israel to be abolished, some have accused Paul of anti-Semitism. But Paul has flatly denied those allegations and says he is pro-Israel.

His son, Rand Paul, is currently a Republican U.S. senator from Kentucky.

Trump to Israelis: Together We’ll Stand Up to Iran [video] 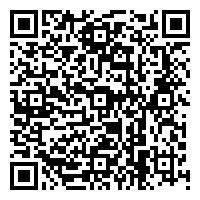