A Jewish man with a Russian accent stabbed an Arab worker Monday in Herzliya, next to Tel Aviv, while yelling “Death to Arabs,” police said. The attacker confessed that he intentionally targeted an Arab. The victim suffered light wounds in his shoulder, was treated on the scene and hospitalized.

The assailant is a resident of Herzliya, and the Arab works for the city 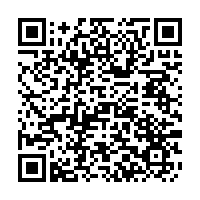