During an armed robbery overnight at the La Casa restaurant in Eilat, two policemen who arrived at the scene had their guns taken away by the thieves.

The thieves then fled the scene, hijacked a taxi. Three addditional police cars began chasing them through the streets of Eilat.


During the chase, policemen managed to shoot out the tires of the taxi.

The thieves exited the taxi and began shooting back at the policemen. The police shot back and killed one of the armed robbers, the second was injured.

The thieves were from a village in Israel’s north and are related. 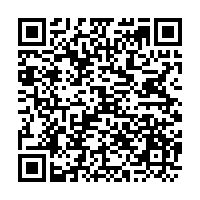