A Ramat Gan family made a grim discovery Tuesday in the living room of their apartment: A giant sinkhole simply opened up in the middle of the floor, right in front of and even slightly under their sofa.

The pit was three meters deep (almost 10 feet deep). All occupants of the building were evacuated by police in response, Israel’s Hebrew-language N12 television news reported.

“The pit opened in a way that endangered the occupants of the place, and there is a fear of a general collapse of the building,” police said.

Structural engineers were immediately dispatched to the site together with social services personnel.

About two years ago a sinkhole also appeared in the middle of Ramat Gan’s Jabotinsky Street, a main thoroughfare in the city.

Ramat Gan Mayor Carmel Shama-Cohen posted a picture of the apartment on his Facebook page, showing the yawning pit that had appeared in the living room.

The mayor said the sink hole opened up in the wake of a nearby construction project, and promised an investigation into the incident. “I have asked for a report on whether this was an unavoidable incident, or the result of negligence by the company [currently] carrying out the adjacent project, Rashi 12,” he added.

Sinkholes have been appearing along the Israeli shore of the Dead Sea for more than a decade. But it is very rare for a sinkhole to simply appear in someone’s living room. 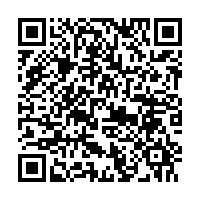