UPDATE: A Hadassah Medical Center spokeswoman issued a statement that the 12-year-old terrorist from the attack in Pisgat Zeev is hospitalized in the pediatric intensive care unit, sedated and in critical condition.

Two more teen-age Arab terrorists armed with knives tried to murder Jews shortly after noon, this time on a Light Rail train in the Arab neighborhood of Shuafat in northern Jerusalem.

The terrorists, 12 or 13 years old, wounded the 25-year-old guard, who suffered moderate injuries.

He was able to shoot one of the stabbers, whose condition is not known. The second attacker was arrested.

It was the first stabbing attack outside of Judea and Samaria this week.

At the same time of the attack, a 13-year-old Jerusalem Arab terrorist appeared in a Jerusalem court on charges on stabbing a 13-year-old Jewish boy and young man in Pisgat Ze’ev, in northern Jerusalem, last month. The attacker’s accomplice and cousin, age 15, was shot and killed while trying to escape.

The 13-old was apprehended after a car hit him as he was running away. 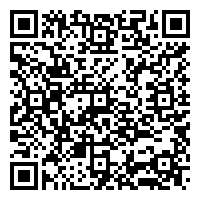