Tens of thousands of Israelis have gathered at Rabin Square in Tel Aviv for a protest rally/songfest/public prayer to call for the release of Eyal Yifrah, Gil-Ad Sha’aer and Naftali Fraenkel.

Chief Rabbi of Tel Aviv (and former Chief Rabbi of Israel) Yisrael Meir Lau said that every human being with a beating heart prays for the boys’ safe return, led a communal recitation of a chapter from the Book of Psalms, as well as a Mi Sheberach prayer for the boys’ speedy return. President-elect Reuven Rivlin is also expected to address the rally, as are the parents of the boys.

“The rally expresses concretely what everyone here in Israel feels,” Avi Fraenkel, father of Naftali, told Ynet.  Fraenkel ho remarked on the national “unity of fate and a very basic feeling of mutuality. Many people wanted to come here and we barely have time to see them, we barely have time for ourselves, and it’s an opportunity for us to do something with everybody.

“I have no idea how many people will arrive tonight, many feel connected to the matter and I hope that will be expressed.”

Tal Segev and Yonatan Razel debuted a song written in honor of the boys, entitled Don’t Give Up, in addition to Razel’s famous rendition of the words from the Pesach Haggadah: And the One who stood up for our forefathers and for us will continue to do so.

Iris Yifrah, Eyal’s mother, talked about her son’s love for Shabbat songs, and especially about his love for Am Yisrael.

“Last year, Eyal volunteered with youth and teenagers in Bat Yam. He loved everyone he met – new immigrants, veteran Israelis, Russians, Sephardim, it didn’t matter. And he continues to keep in touch with them.

“I turn to you to, our precious Am Yisrael – all types and stripes of Jews – we are going through this terrible time together. Let us all support one-another.”

Naftali’s mother, Racheli Fraenkel, said the gathering was not a “protest,” but rather a demonstration of unity and love.

“Somewhere, there are three kids, living kids, not symbols. There is no chance any of us will give up. The love that we feel here is giving them life.

This awful story has reminded us of the joint foundation of our existence here (in the Land of Israel). I visited our soldiers in Hebron this morning. Guys with bloodshot eyes from days and nights (without sleep). But when I tried to thank them, they said to me, “”Thanks? What are you talking about? This is why we joined the army.”

Bat Galim Sha’ar continued the theme of the unity of Am Yisrael, saying that one of her earliest memories was the 1976 IDF rescue of Jewish hostages who had been hijacked to Entebbe, Uganda. That mission claimed the life of  Yoni Netanyahu, brother of the current prime minister.

“We are not  alone. There is an entire nation hugging, praying, waiting for your safe return, in Israel and around the world. Beit Yisrael has come together, has united around bringing you home. When you come home, will see a huge, expanded family, with new cousins and grandparents and aunts and uncles, all around the world.

“We are a brothers,” she said, quoting Yaakov Avinu’s children upon meeting their brother, Joseph. “We will not stop, we will not be silenced. Yesterday Entebbe, today Gush Etzion, tomorrow the Golan Heights. But the feeling of unity remains,” Sha’ar said. 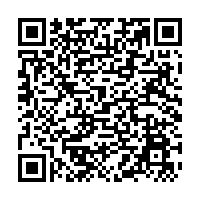