The giant generic drugs company reputedly will pay $125 million for the land and new buildings on a site owned by Toyota’s Israeli importer. Some of the land at Teva’s current headquarters will be sold, and the move is aimed at making the company’s administration, more efficient.


Teva, traded on NASDAQ, confirmed the report and told Globes:

Company officials confirmed the move by saying, “Teva will complete the purchase of land in Ra’anana in the coming days on which the company’s global headquarters in Israel will in the future be built. The campus, which will be completed in five years’ time, will unify operations in the global headquarters that are spread over many sites.

“The campus will provide Teva’s employees in Israel with an advanced and comfortable working environment that will encourage the scientific, technological and business excellence to which the company is committed while preserving the heritage of Teva and its founders .The campus will be situated in a green environment with an emphasis on low density construction and maintaining the special spirit of the company. 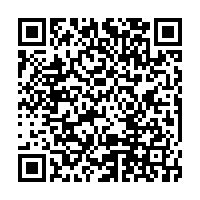