Two Torah scrolls, one complete and one incomplete, were found in Poland’s Sokolow Podlaski district.

The Torah scrolls found Aug. 20 are believed to have belonged to a synagogue in nearby Wegrow.

A local policeman brought the scrolls to the municipal offices in Sokolow and gave them to Marcin Pasik, Sokolow Commune Head. “The policeman is known in the local community because of his interest in history. That’s why he was contacted by a woman living in a nearby village. She asked him to help her sell the old scrolls. The policeman thought, however, that such a precious treasure should go to a museum,” Slawomir Tomaszewski, Sokolow police press officer, told JTA.

The woman wants to remain anonymous. She first claimed that her father had saved the scrolls from a burning synagogue in Wegrow. Later, she said that the Torah scrolls were brought to her father by a Jewish friend who asked him to hide them during the war.

The woman did not want to relinquish the scrolls for free. She reportedly has already tried to sell them to some people in Sokolow county, but her asking price was too high.

Since the Torah scrolls are likely from Wegrow, Pasik gave them to Krzysztof Fedorczyk, the mayor of Wegrow district, on Tuesday. The mayor placed the scrolls in a safe. “We wondered for a long time about what to do with them. Our lawyer might tell us what the next steps should be. It’s all quite complicated,” said Fedorczyk.

“This Torah scroll apparently was lost to the Jewish people during World War II,” Polish Chief Rabbi Michael Schudrich told JTA. “The Torah was written so that it should be used during Jewish religious services. The appropriate home both morally and historically would be with a living Jewish community in Poland.” 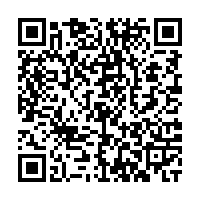