The American Freedom Defense Initiative held an “art show,” or contest of cartoons depicting the Muslim Prophet Mohammed in Texas on Sunday, May 3.

As the event was winding down, two gunmen pulled up in a vehicle and shot a Garland security officer outside the Curtis Culwell Center, where the art show was taking place.


In response, the Garland police shot and killed the two gunmen. Bruce Joiner, the police officer who was shot by the gunmen, was released from the hospital after being treated.

Some people had been critical of the art contest, calling it an attack on Islam, but Pamela Geller, the head of the AFDI, said they were just exercising their right of free expression. The contest offered an award of $10,000 for the best cartoon.

The City of Garland said in a statement posted on its Facebook page Sunday night that two men drove up to the Curtis Culwell Center and began shooting at a security officer.

The gunmen’s vehicle may contain an “incendiary device,” according to the statement. A bomb squad was on the scene, and nearby businesses were evacuated.

According to the Drudge Report and heavy Twitter activity, ISIS may be taking responsibility for this attack. 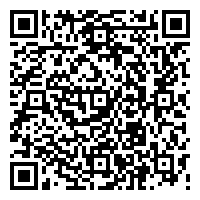