“Stop the violence. Stop killing your people,” United Nations Secretary-General Ban Ki-Moon said in a message to Syrian President Bashar Assad, whose troops have killed more than 5,000 people during a 10-month-old uprising.

“One-man rule and the perpetuation of family dynasties, monopolies of wealth and power, the silencing of the media, the deprivation of fundamental freedoms that are the birthright of every man, woman and child on this planet — to all of this, the people say: Enough!” Moon said at the end of a three-day tour of Lebanon.

Assad, who claims the protests and skirmishes with Army deserters that threaten his government are acts of “terror” sponsored by foreign enemies, issued an offer of amnesty on Sunday for protesters, those carrying illegal weapons, and deserters who turn themselves in by the end of January.

The death toll in the crisis has only risen since the Arab League sent an observer mission to Syria at the end of December – spurring the emir of Qatar to suggest in an interview with American TV news show “60 Minutes” that Arab troops be sent to Syria to stop the deadly crackdown.

The Arab League, stung by scathing critiques of the observer mission by members who have left it in disgust, announced that it would reevaluate the mission at the end of the month. 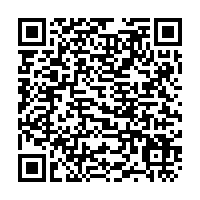