Durbin wants to see the US bringing in 100,000 Syrian refugees, in the next fiscal year.


He had previously suggested the US bring in 65,000 Syrian refugees.

Cameron was visiting Lebanon to review the refugee situation over there first hand, pledging that the UK would donate an additional $92.6 million (60 million pounds) to Lebanon to assist with the Syrian refugees in their borders.

Saab said he based his number on what they found among the refugees located in Lebanon.

The UN Refugee Agency disagrees with Saab, and said such claims are both unprovable and unhelpful to the refugees, according to a report in the UK Independent.

On Monday, the British government appointed a special minister to deal with the arrival of 20,000 more Syrian refugees that the UK has agreed to accept, according to a report in Lebanon’s Daily Star. The UK has already absorbed 5000 Syrian refugees since 2011.

Back in the US, Former Arkansas governor Mike Huckabee is unhappy with any ideas to resettle Syrian refugees in the US, due to the Jihadi risks.

Certainly, if Saab’s numbers are right, then Senator Durbin’s humanitarian proposal could unintentionally bring in thousands of ISIS terrorists onto US soil.

Huckabee proposed a very different solution to the Syrian refugee crisis, according to the Washington Post:

“I just read that Saudi Arabia has offered to build 600 mosques for all of the Muslims that will come to the U.S. or to Europe,” he said. “I’ve got a better idea: Why doesn’t Saudi Arabia host them, and we will send some assistance through our charitable organizations for some hospitals and schools? We will design the curriculum for those schools. They won’t be madrassas to teach terrorism.” 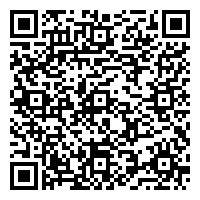