Back in October, 2010, nine workers were saved from a burning building belonging to the Scientology movement in Tel Aviv. Arson was suspected as the cause of the fire. The fire spread to the stairwell, preventing the workers from escaping the building on their own. Firefighters that arrived on the scene successfully overcame the blaze and save the workers. On Tuesday, the new, renovated Scientology Center is opening at the same address.

Recently, Maariv reported that Scientology members in Israel distributed a document that caused an unprecedented storm. The document, “open letter to all Scientologists,” was signed by 14 members of the “Dror College,” a Scientology center in Haifa. The document revealed in great detail the “crimes” they claimed had been committed by the elders of the Main Church of Scientology.


According to Maariv, the document used internal language and codes familiar to the faithful, providing a rare and disturbing glimpse at what happens inside the church. It shed light on the mechanism by which the church operates, including – according to the authors – threats, slander, boycotts, financial exploitation, false propaganda, information control, and a prohibition on the transfer of control or exposure to negative content. “Because of the situation we had to expose the crimes. We do not see any other solution. This is not comfortable, it will make a lot of mess,” the authors wrote.

But you wouldn’t get it from the way Scientology is being treated by the Tel Aviv city council, which endowed the Church with the magnificent Alhambra edifice in Jaffa. Two years after the fire, and only a few months after the movement’s attorney was indicted for ordering gangland-style hits on his ex-wife’s husband, the façade, at least, appears solid.

And then IDF Radio on Tuesday morning interviewed Erez Meshulam, who said his family fell apart after his wife had joined the Church of Scientology.

Host Niv Raskin asked Meshulam about the events of 14 years ago, when his wife responded to a Help Wanted ad in the newspaper.

According to Meshulam, the address his wife reached was the Scientology run college. She was handed a 300-question questionnaire, and after she filled it out, Meshulam said it turned out that she was “depressed.”

She was sent by the center to a course in communication, that cost her only 300 shekel ($75). “That’s when the process began, of her falling deeper and deeper into Scientology,” he said.

The host, Raskin, asked if during the course his wife mentioned the term “Scientology.”

“We knew it was a college of Scientology, which must be like any other college,” his guest answered. “I had no idea that Scientology was a cult. Also, after she had started with Scientology she had turned much, much happier. So I was so happy that my wife was happy. Why not?”

Meshulam proceeded: “So she continued to join another course, and another, and it really makes her happier and happier each time.”

He notes: “I did not know what we were entering. They combat Ritalin and other psychiatric drugs. My reaction was, Great, at last there’s an organization that fights over this issue. Until the time my wife, slowly but surely, began to transform.”

“First her body language. When she responded to me, it was a ‘uh hmm,’ a kind of confirmation that she heard me, not more. Slowly this person I had known was changing, and then she started joining courses for 15 thousand shekel ($3,750)…”

“What kind of courses?”

“They audit the students. The idea is that the more you cleanse yourself of your past, so will your life become happier. So you can go back a billion years – for 15 thousand. She was going deeper, and our economic situation was very, very bad. It meant we didn’t buy the kids shoes. We took hand-me-downs from the family. Still, we went and took out a loan from the bank – my parents came and co-signed. And my brother lent us 20 thousand shekel ($4,000). 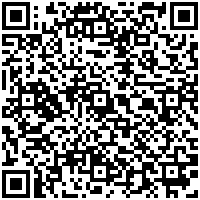