Even as deposed President Mohamed Morsi is facing prosecution for his ties with the Hamas terror organization that helped him escape from a Mubarak prison in 2011, and while Hamas, much like its mother organization, the Muslim Brothers, is terminally out of favor with the new rulers of Egypt – Palestinian Authority Chairman Mahmoud Abbas arrived in Egypt on Monday for a brief visit.

The visit lasted only a few hours. Abbas, accompanied by a delegation of senior Palestinian officials, discussed the peace process and the conditions at the Rafah crossing with interim president Adly Mansour in Cairo.

Meanwhile, the attorney-general in the Hamas government ordered the closure of the Ma’an News Agency and the Al-Arabiya TV bureaus in Gaza.

A Hamas official told AFP that the attorney-general closed Al-Arabiya’s office “for distributing false news regarding the smear campaign against Hamas and Gaza about what’s happening in Egypt.” 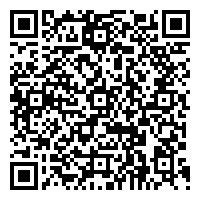