The impending release of more than 100 murderers of Jewish men, women and children by the current Israeli government is putting all of us in grave spiritual danger. Simply put, the way we treat murderers, whether Arab or Jewish, is an expression of the value we attribute to the innocent lives taken.

With our willingness to house and lodge proven murderers, we signal our own spiritual uncertainty about our right, as a nation and as a state, to avenge the blood of the innocent.


We’ve all heard the counter argument on the death penalty for Arab terrorists: if we hang them, they’d become national heroes, martyrs admired by young an old, thus perpetuating the endless cycle of Arab youths resorting to violence.

Personally, I’m willing to take that chance, and I’m also pretty sure that many of these Arab youths would also choose not to murder anyone, for fear of being hanged. But I’m willing to accept the alternative offered by the state, to let them rot in prison for the rest of their lives.

Except the state lies. Time and again, in “confidence building gestures,” or as part of a trade for captured Israelis, alive or dead, a succession of Israeli governments have broken the promise of locking up the murderers and throwing away the key. In fact, if you murder an Israeli civilian, chances are you’ll be out, marching in a victory parade in Gaza or Ramallah in less than a decade.

How’s that for the “don’t hang them lest they become martyrs” argument? I can’t think of a more enticing invitation to kill Jews and not pay much of a price than these group-deal releases.

I’m not entirely sure about the practicality of what I propose here, namely, starting to impose the death penalty in earnest, in cases of terrorist murders. But I assure you that my concern for the martyrdom of hanged murderers is negligible, compared with my real fear of what the release of these Jew killers says about our own reverence for Jewish life.

So, what does that tell us about the value of Jewish life in the Jewish State today?

In Genesis, God Himself defines the all-permeating damage the world incurs after one man murders another:

…And when they were in the field, Cain rose up against his brother Abel and killed him. Then God said to Cain, “Where is Abel your brother?” He said, “I do not know; am I my brother’s keeper?” And God said, “What have you done? The voice of your brother’s blood is crying to Me from the ground. (Gen. 4:8-10)

In Leviticus 24, the Torah sets up the famous “eye for an eye” construct, dealing with physical damages, which our sages have taught us really means “the price of an eye for an eye,” introducing five categories of damages for which compensation must be paid: the damage proper, pain, loss of wages, cost of healing, and the shame caused by the damage.

But the same paragraph in Leviticus makes no such allowances for murder: Whoever takes a human life will certainly be put to death. (Lev. 24:17). You can’t pay your way out of the death penalty for a proven case of murder.

The Torah and the Talmud are, obviously, careful regarding procedure in murder cases. Capital cases require a court of 23 judges; an acquittal requires a one-vote majority, but a conviction must have a two-vote majority; there are many structural delays inserted into the process to prevent an overzealous use of the death penalty. There is also in place a system of shelter cities where people who killed unintentionally may escape the revenge of their victim’s family. But in the end, whoever takes a human life will certainly be put to death.

The Torah reveals the connection between the original statement from God regarding the blood of the victim crying to Him from the ground, and the role an unavenged murder plays in society, in the mysterious ceremony of the “Beheaded Heifer” (paraphrased for easier reading):

If a person is found slain, lying in the field, and it is not known who killed them; then the local elders and judges must measure the distance from the corpse to the nearby towns. In the city which is nearest the slain man, the elders will take a heifer—which has not been used for any labor—to the bank of a running river, which is not plowed or sown, and break the heifer’s neck there, under the direction of the priests. Then all the elders of that city will wash their hands over the dead heifer and say: “Our hands have not shed this blood, neither have our eyes seen it. Please, God, forgive your people Israel, and Suffer not innocent blood to remain in the midst of Your people Israel.” Then the spilled blood shall be forgiven them. (Deut. 21:1-8).

The elders and judges in this vignette are the local Sanhedrin. They follow the discovery of an unsolved capital crime with a proclamation of their innocence, lest the unredeemed blood of the slain stranger stain their town. 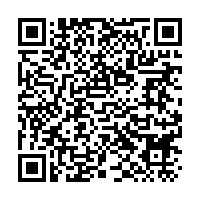