Shalhevet Schwartz, a 14 year old girl from Riverdale, Bronx, won her division of the National Bible Contest held last Sunday at Yeshiva University in Manhattan.  To the surprise of some commentators, she did not opt to wear the standard “religious” dress to the event, which would include a skirt, but was one of just two girls to wear pants to the competition, according to a report in the New York Times.

Despite this distinction, the freshman at SAR High School exhibited sufficient bible knowledge to win, and be eligible to participate in the world championships in Jerusalem, the “Chidon HaTanach”, held every year on Israel’s Independence Day.


According to the NYT, Shalhevet’s school requires a traditional Jewish dress code of skirts and modest shirtsleeves.  But Shalhevet, who won the Hebrew division competition despite her eligibility to compete in English, chose to arrive in her regular street clothes.

Her secret of success was to study regularly – at least 20-30 minutes every day, and for longer periods immediately prior to the contest. 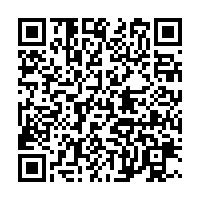