Following up on its promise to increase the level of response in Judea and Samaria, United Hatzalah recently inaugurated a new team of volunteer first responders in the Mount Hevron region.

The team of 24 medical volunteers is comprised of medical students, EMTs, paramedics, nurses, and doctors who will provide emergency medical services for all Israeli citizens covering the area between Hevron and Be’er Sheva.

“There are towns in the region whose closest defibrillator is more than a 15-minute drive away in the next town over; that’s unacceptable when we need to save someone’s life in just a few seconds,” he added.

The Mount Hevron region is one of the areas United Hatzalah has been looking to equip with properly trained volunteers and a full range of medical equipment for some time. Following the inauguration ceremony, the organization’s founder and president, Eli Beer, said:

“Our new volunteers in the area will have the arduous task of providing first response medical treatment to any and all citizens regardless of religion, race, or gender, as fast as they can. We are expanding our activities in Judea and Samaria in order to provide better coverage and cut down emergency response time for the people who live there.”

Although the new volunteers received specialized training and a full complement of medical supplies required by a first responder, they are still missing some vital equipment that is particularly needed in their area of operation.

“As the area in and around Mount Hebron is quite dangerous with regard to car accidents, stone throwing, and terror attacks,” said Ben David, “in order to operate safely each of our volunteers requires a protective helmet and bullet-proof vest. In addition to these items, we are aiming to equip each and every one of the new volunteers with a defibrillator to help raise the chances of survival for cardiac cases in the region and fill the need that exists for these devices. Those needs are immediate but require some financial support in order to be met.”

The Mount Hevron Region team is the first of four new teams the organization hopes to inaugurate in Judea and Samaria in the coming months. The other teams are being developed to provide extra support for the Samaria and Binyamin regions as well as the expanding city of Ma’aleh Adumim, located just east of Jerusalem.

In 2017, the organization added some 116 first responders and 24 emergency vehicles to Judea and Samaria, an increase of more than 25 percent.

“Our volunteers often help and treat Palestinians who require medical aid in area C and we work hand-in-hand with both the Red Crescent as well as other local and regional ambulance and first response services in the area. We are continuing to build up our presence in these areas so that we can hit our goal of providing EMS response in less than three minutes to the residents of Judea and Samaria like we do for the rest of the country.

“No one deserves to suffer or God forbid die when that death or suffering could have been prevented by a quick medical response. That is and always has been our goal, and we will continue to do whatever we can in order to achieve it.” 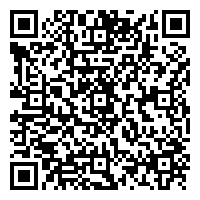