The Palestinian Authority (PA) launched an all-out publicity campaign to mark the anniversary of the death of Abu Jihad, the PLO terrorist responsible for the deaths of 125 people over his odious career.

Abu Jihad, whose real name was Khalil Ibrahim al-Wazir, was one of the founders of Fatah and a long-time confidante of Yasser Arafat. In his role as commander of Fatah’s armed wing al-Assifa, he was responsible for masterminding – among others – the Savoy Hotel attack in 1975, which resulted in the deaths of 11 Israelis, and the Coastal Road massacre, in 1978, which left 35 Israeli civilians dead. He was also instrumental in fomenting the first Intifada. He was killed in Tunis by Israeli commandos on April 16, 1988.

According to information compiled by Palestinian Media Watch (PMW), the PA’s week-long celebration of his life and Israeli deaths included the broadcast of several documentaries on his life and successful “operations”, the commencement of six sporting events named in his honor, and the publication of news pieces spotlighting and glorifying his exploits. The Open University in Bethlehem also marked the anniversary with an event.

The documentaries, broadcasts, events, and activities did not shy away from his murderous activities, but rather highlighted them in gory detail, for Palestinians of all ages to learn from and enjoy. For example, an article that appeared in the official PA daily, Al-Hayat Al-Jadida, on the anniversary of his death said this:

“Abu Jihad was killed by the Israeli Mossad in Tunisia on April 16, 1988… and was crowned the Prince of the Martyrs of Palestine… Among the military operations planned by Abu Jihad: the explosion at the Zohar reservoir in 1955; the operation to blow up the Israeli National Water Carrier in 1965; the operation at the Savoy Hotel in Tel Aviv, which killed 10 Israelis, in 1975; the blowing up of a truck bomb in Jerusalem in 1975; the killing of Albert Levi, the senior sapper, and his assistant, in Nablus in 1976; the Dalal Mughrabi operation (i.e., bus hijacking), in which more than 37 Israelis were killed, in 1978; the shelling of the Eilat Port in 1979; the Katyusha fire on the northern settlements [in Israel] in 1981…”

PA TV broadcast a documentary, which was obtained by PMW, called Abu Jihad: Revolution of a man; a man in the Revolution. In it, Abu Jihad details plans “to turn the Tel Aviv day [operation] into destruction…Tel Aviv will be closed that whole day with blood and destruction.” According to PMW, “the film was produced in 2010 under the auspices and supervision of Fatah MP Ashraf Jum’a.”

In order to appeal to the youth and retain his relevance with them, the “Abu Jihad table-tennis championship” was held, as was the “Martyr Abu Jihad judo tournament,” and the “Martyr Khalil Al-Wazir, Abu Jihad, (boxing) Tournament.”

Not to be left out of the festivities, the office of PA President Mahmoud Abbas released a statement lauding Abu Jihad’s memory:

“On days like these we recall one of the founding members and leaders who risked their lives and fought quietly, without making a show and without the media, but they created men who brought about victories, who brought about acts of heroism… Abu Jihad will remain in our hearts and in the pulse in our veins. He will never die among us; rather, he will be renewed with every young boy, with every young girl… When Abu Jihad died as a Martyr, we felt – I personally and all who knew him – that we had lost not only a symbol, but a father, a brother, a teacher and ideal; a model in every way” (emphasis added).

The perverse celebration of an unabashed and committed genocidal murderer, one that emanates from the top down and extends to sports and culture, lays waste to the Palestinian claim that “settlements” are the main obstacle to peace. 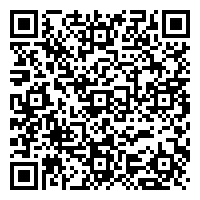