The freedom to speak amongst Jews about their enemies was just dealt another blow.  The talk Pamela Geller was to give at the Great Neck Synagogue this Sunday, April 16, “The Imposition of Sharia in America,” was cancelled tonight, after months of intimidation inflicted on the synagogue’s rabbi, his board, the synagogue members, and the parents of the children in the Sunday School program.  It was shut down by those who are more frightened by the idea of a slim Jewish woman speaking to a group of Jews on a Sunday morning than they are by the enemies of the Jews, about which Geller planned to speak.

Less than three weeks ago The Jewish Press spoke with Geller, the rabbi of Great Neck Synagogue, Dale Polakoff, and the primary opponent at the time of Geller’s shul appearance, Habeeb U. Ahmed, who is a vice president of the Islamic Center of Long Island.


When the story ran, and until just a few hours ago, the synagogue had held firm.

But no one involved with the event anticipated the relentless crush of intimidation, the piling on of additional opponents not of the dangers posed by Sharia law, but of one Jewish woman.

They shut it down.

The rabbi, the members of the shul’s men’s club – that is who invited her to speak – the parents of the children in the GNS Sunday School, everyone was beaten down.  They were beaten down by those who hear Geller’s name and don’t see a sassy woman with long hair, they see a waving red cape, like the one held by matadors.

Geller’s opponents become so enraged by the thought of Geller speaking – speaking, mind you, not striking, not hitting, not bombing, not shooting – that they metamorphosed into a herd of stampeding bullies.  Geller is the capa, these guys heard her name and they started pawing the ground, snorting, and threatening clergy members, Sunday School children, and parents.

But it isn’t really Geller herself they cannot bear, it is the way she speaks  – without apologies – about the dangers of Islamic ideology embodied in Sharia, and that she warns without hesitation that it is encroaching upon this country.  That they simply cannot abide.

Geller was scheduled to speak this Sunday.  She was going to be introduced at the talk by Greg Buckley, whose son, Lance Cpl. Greg Buckley, Jr., was one of three U.S. Marines killed in a “Green on Blue” insider attack on a military base in the Helmand province, Afghanistan, on Aug 10.

When Geller heard of the cancellation on Wednesday evening, April 10, she was sad, but not shocked.

“There’s a war on free speech, which is exactly what my talk was going to be about.  The synagogue board ‘was unable to bear the burden of the extraordinary pressure’ placed on them,” Geller said, quoting from the statement released by the synagogue.

Geller said she understood how it was that the synagogue was unable to withstand the thuggery and intimidation by those who simply could not bear to allow her to talk.

“The synagogue didn’t turn on me, it did what it felt it needed to do to protect the Sunday School children.  Once the thugs announced they were going to organize a mob march of leftist Jews and Muslims on the shul on Sunday morning, when all the children are there to attend Sunday School – the parents were terrified and the shul had to respond,” Geller told The Jewish Press, just hours after she learned of the cancellation.

“Still, it’s a sad day.  The synagogue should not have had to make a choice between protecting Sunday School children and allowing me to speak about the dangers of Sharia.”

Jeffrey Wiesenfeld is a well-known pro-Israel New Yorker.  He happens to be a member of the Great Neck Synagogue, and he spoke with The Jewish Press shortly after Geller’s speech was cancelled.

Wiesenfeld described some of the tactics Geller’s opponents engaged in, in what was ultimately a successful campaign to block her talk at the shul.

“Rabbi Jerome Davidson became involved, and he really riled up their forces.  He let it be known that he was organizing a march with some of his congregants and some Muslims from the Westbury Mosque.  When parents got wind of that, they turned to the head of the local Jewish day school, and he then turned to the rabbi and began demanding indemnification and who can withstand that kind of tsunami,” asked Wiesenfeld. 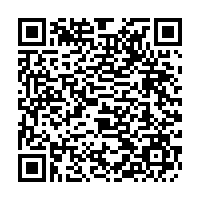