Pamela Geller has been speaking out for years about the dangers of the political ideology which drives Muslim societies and cultures and especially Islamic countries, known as Sharia, or Sharia law.  The message she delivers and the style in which she does it inspires fierce loyalty and also fierce hatred, with large numbers in each group.

Geller, of course, is the creator, publisher and editor of the popular blog Atlas Shrugs, and is the executive director of  American Freedom Defense Initiative and Stop Islamization of America.  She is also the author of several books, the latest one, “Freedom or Submission: On the Dangers of Islamic Extremism & American Complacency.”


There is currently a desperate battle being fought on Long Island by an imam  – who is also a human rights commissioner of Nassau County – and members of an interfaith group to bar Geller from speaking at a local shul. The group, which includes several local religious leaders, refer to Geller as the equivalent of a Nazi or “an anti-Semite who claimed that Jews were trying to impose kosher laws on the nation.”

The men’s club of the Great Neck Synagogue invited Geller to speak at the shul, which she will do on April 14, at 10:00 a.m.  Her topic is “The Imposition of Sharia in America.” Geller will be introduced at the talk by Greg Buckley, whose son, Lance Cpl. Greg Buckley, Jr., was one of three U.S. Marines killed in a “Green on Blue” insider attack on a military base in the Helmand province, Afghanistan, on Aug 10.

According to Geller’s website, “The Marine Corps presented Geller with the flag flown on September 11, 2011, over Camp Leatherneck, ‘amid the battlefields of Afghanistan during decisive operations against enemy forces in Helmand Province.'”

Despite clear support from U.S. marines, the Long Island interfaith group is nonetheless convinced that Geller should be barred from speaking.

The individuals who organized the wave of protest calls to the synagogue include Tom Goodhue, who is the executive director of the Long Island Council of Churches, Robert Nuxoll, a representative of the Interfaith Alliance of Long Island and a member of The Unitarian Universalist Congregation of Shelter Rock as well as Claire DeRouche, also a member of UUCSR.  Both Goodhue and Nuxoll compared Geller to Nazis in their efforts to convince the rabbi of the shul to prevent Geller from speaking.

The central figure in the effort to get the rabbi at the Great Neck Synagogue to bar Geller at the gate is Habeeb U. Ahmed, who is a vice president of the Islamic Center of Long Island.  More disturbingly, Ahmed is a member of the Nassau County Human Rights Commission.

The Jewish Press asked Ahmed on Friday morning why he, as a member of the Human Rights Commission, feels it is appropriate to try to bar someone from speaking.

“Geller goes after Sharia law and it is like asking an anti-Semite to come into a mosque.”  When pressed on whether he plans to attend the talk or just wants to bar Geller from speaking, Ahmed responded: “free speech is not absolute, and Geller’s speech is like yelling fire in a crowded theater – that is not protected.”

Geller, not surprisingly, disagreed. She told The Jewish Press,

Ironically, Geller just gave a speech at the Conservative Political Action Conference last week, the focus of which was that Americans are losing the right to free speech because too many are afraid to criticize radical Islam, Sharia and jihadism.

However, the rabbi of Great Neck Synagogue, Rabbi Dale Polakoff issued the following statement, which he says is the final word on the matter:

Great Neck Synagogue rejects the categorizing of any religious majority based on the actions of a minority. It does though believe that it is appropriate, and within the tenants of free speech, to speak about the actions of such a minority and to evaluate their impact on the perception of the majority of their co-religionists, and on the community in general. It is within such a framework that the Men’s Club has invited Pamela Geller to speak. She will be joined by Greg Buckley, Sr. father of Marine Corporal Gregory Buckley Jr, who was murdered by Jihadists.

The rabbi also told The Jewish Press that he spoke with a representative of the Anti-Defamation League who said, ‘while we disagree with what Geller says, we have no plans to boycott her talk.’ 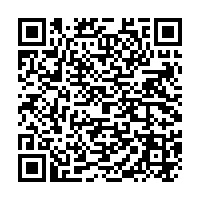