The caption that accompanies this picture, made available by The Jewish Press’ image provider Flash90, goes:

Birtzeit University students loyal to Fatah celebrate their victory over Hamas in the university elections, next to the Birzeit University campus near the West Bank city of Ramallah, on April 10, 2013. Fatah won 23 seats out of the 51, while Hamas won 20.

One question comes immediately to mind: how do you know these two persons (presumably women) are celebrating? How would it look if they were angry, or bored, or vexed? 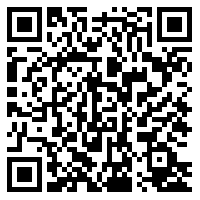