“The lack of a clear definition of anti-Semitism in the Ukrainian legislation does not allow for the proper classification of crimes committed on its basis,” said the lawmakers who authored the bill.

The law defines anti-Semitism as hatred of Jews, including attacks on the minority, making false or hateful statements about them or denying the mass extermination of Ukrainian Jewry during the Holocaust. Damaging buildings and religious institutions also falls under the definition.

Under the new law, victims of anti-Semitism will be able to claim compensation for moral and material damage.

“I commend the Ukrainian parliament on the precedent-setting step. This is an important milestone in the long international struggle” against anti-Semitism, he said, expressing hope that Zelensky—who is Jewish—will sign the law, making it “a model for parliaments around the world.”

Fewer than 1 percent of Ukraine’s 40 million citizens are Jewish. This year marks the 80th anniversary of the Babi Yar massacre, where over 30,000 Jews were killed over the course of just two days in a ravine outside Kiev. 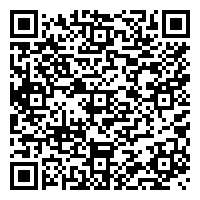