Hackers followed through with their pledge to step up their cyber war with Israel, shutting down the websites of the Tel Aviv Stock Exchange and El Al Airlines on Monday.

Trading on the stock exchange was not affected by the attack, but the TASE and El Al websites were unavailable to users for hours before technicians were able to restore them.

The attack came just hours after 0xOmar, the Saudi hacker who exposed the credit details of thousands of Israelis, threatened a second hacking attack on Israeli websites. Credit for the attack was claimed by hackers calling themselves “Nightmare Group”. Hamas congratulated the group and encouraged further attacks on Israeli computer systems as part of a comprehensive battle against the Jewish state.

In previous cyber attacks on Israel, the public websites of the Shin Bet and Mossad intelligence services, as well as other government websites, have been hacked.

The government has now established a National Cyber Committee, under retired general Yitzhak Ben Yisrael, to prevent such attacks.

After 0xOmar posted the personal details of thousands of Israelis online, an Israeli hacker retaliated by posting non-sensitive credit information pertaining to hundreds of Saudis, calling it a warning against escalating the cyber war with Israel. 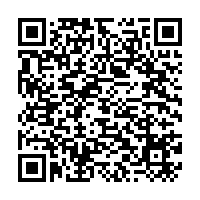