In an announcement likely to throw the stalled Israeli-Palestinian peace process into even more uncertainty, Palestinian Authority President Mahmoud Abbas and Hamas Chief Khaled Mashaal said that Abbas will lead a new interim Palestinian unity government in the lead-up to general elections.

The so-called Doha Agreement, forged by the Qatari emir hosting the ‘reconciliation’ talks, was announced in a joint press conference on Monday. It states that the interim government will be comprised mainly of non-partisan technocrats, and will be tasked with preparing for elections for president and parliament.

“We are serious, both Fatah and Hamas, in healing the wounds and ending the chapter of division and reinforcing and accomplishing reconciliation,” Mashaal said at the press conference.

Abbas, for his part, pledged “to implement this agreement in the shortest time possible.”

The two overcame their main stumbling block – agreeing on a caretaker prime minister – by deciding that Abbas would simultaneously fill the roles of president and prime minister until the elections are held and a unity government formed. Hamas had been vociferously opposed Salam Fayyad, the current prime minister and favorite of the US and EU.

Abbas and Mashaal are scheduled to meet again on February 18 in Cairo, where they are expected to decide the date for the general election.

However joyful the two are that a ‘reconciliation’ is in sight, the same cannot be said about Israel, the US, and the EU, which consider Hamas a terrorist organization, and have declared that unless Hamas conforms to basic international norms and agreements, they would not engage a regime that includes Hamas.

The agreement may signal a shift in Abbas’ priorities, from achieving progress with Israel to uniting with the radical rejectionists in Hamas.

Abbas clearly knows the cost of such a reordering of priorities, and Mashaal emphasized it in the press conference when he said the Palestinians were seeking unity “to resist the enemy and achieve our national goal.”

Abbas, known to be a plodding tactician, may have calculated that he had nothing to lose: Having sabotaged any chance for progress with Israel by setting unrealistic preconditions just to hold direct negotiations, he may be using the ‘reconciliation’ as a bullying tactic; hoping that the specter of a Hamas government will motivate the EU and US to increase pressure on Israel to make significant concessions before such a government is formed. Should such pressure fail to materialize, Abbas will at least be able to laud himself as an uncompromising ideologue willing to defy the world for the sake of the Palestinian cause.

Given the current geopolitical climate, the Obama administration’s relatively sympathetic stance on the conflict, and Europe’s general pattern of appeasement and support for the Palestinian cause, it’s entirely possible that Abbas is calling the bluff of European, US and even Israeli leaders, by testing their commitment to eschewing Hamas, and daring them to call him to account for his intransigence. 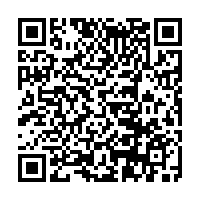