A unique brain protein measured in the blood could be used to diagnose Alzheimer’s disease decades before symptoms develop, according to new Edith Cowan University (ECU) research.

Published in Nature, the journal of Translational Psychiatry, the study is the first to find that people with elevated glial fibrillary acidic protein (GFAP) in the blood also have increased amyloid beta in the brain, a known indicator of Alzheimer’s disease.


The findings were published in an article entitled, ‘Plasma glial fibrillary acidic protein is elevated in cognitively normal older adults at risk of Alzheimer’s disease’.

GFAP is a protein normally found in the brain, but it is released into the blood when the brain is damaged by early Alzheimer’s disease.

“The GFAP biomarker could be used to develop a simple and quick blood test to detect if a person is at very high risk of developing Alzheimer’s,” he said.

“Early diagnosis is critical to allow us to implement medication and lifestyle interventions that can help delay the progression of the disease and give people more time before symptoms develop.”

How Soon is Soon?
Speaking in an email exchange with JewishPress.com, Professor Martins said the process to make a blood test for the GFAP biomarker available to the public will take some time.

“We need to follow a process which involves our work to be independently validated by others first,” Martins said. “A realistic timeline is five years.”

He also said the GFAP biomarker is not easily seen by average technicians doing blood tests in a lab — so one cannot simply go to a doctor and request the test.

“It needs validation first,” Martins underlined, “and new equipment will be needed for accurate measurements.”

Moreover, he noted, “the test needs to be properly standardized before it can be used in clinical laboratories.”

A Step Forward
Alzheimer’s disease is a degenerative brain condition that can develop silently over years. It leads to memory decline and loss of thinking skills. There is no known cure.

According to Professor Martins, the development of an early blood test for the disease will be “revolutionary.”

The technology for detecting biomarkers has developed rapidly, he pointed out. “The current brain imaging and lumbar puncture tests are expensive and invasive and not widely available to the general population. A blood test could open up possibilities for early diagnosis of millions of people and thereby enable earlier interventions.”

Future Hope
The study involved 100 Australians aged between 65 and 90 years of age with no symptoms of Alzheimer’s disease.

“Longitudinal studies will provide more insight into how GFAP relates to the progression of Alzheimer’s, which may allow us to determine when symptoms will emerge.”

The professor is also part of a large study exploring interventions for Alzheimer’s disease, with the ultimate goal of finding medications and lifestyle factors that can halt or delay the development of the disease.

“Diagnosis and intervention techniques go hand in hand – if we can use blood biomarkers to detect Alzheimer’s sooner, we can also intervene sooner,” he said.

The study was a collaboration with Dr Pratishtha Chatterjee from Macquarie University, who is the first author on the paper.

Professor Martins is the director of the Center of Excellence for Alzheimer’s Disease Research and Care and also leads the Western Australian site of the Dominantly Inherited Alzheimer’s Network (DIAN) – a global longitudinal study of people with genetically inherited Alzheimer’s disease. 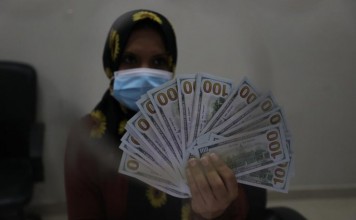 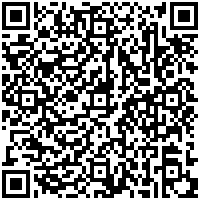