(Ramat Gan, Israel)-Neuroscientists at Sheba Medical Center, Tel Hashomer have discovered a novel new drug that has the potential to cure terminally ill patients suffering from Glioblastoma (GBM), the aggressive brain cancer, which recently took the life of esteemed Arizona Senator John McCain. According to medical  industry sources, there over 240,000 new cases of GBM diagnosed worldwide every year.

Israeli neuroscientists, Dr. Efrat Shavit-Stein and Professor Joab Chapman, who have been working on the pioneering treatment at the Joseph Sagol Neuroscience Center, Sheba Medical Center, published their remarkable discovery in the December 2018 issue of the prestigious Frontiers in Neurology Magazine.


Glioblastoma is the most common and deadly primary brain tumor.

Despite extensive research in the field, the results of current treatments are extremely limited and there is no cure for the disease. It is therefore necessary to seek innovative approaches.

In recent years, a new and important pathway has been found in glioblastoma, which includes thrombin, a coagulation factor that is secreted from tumor cells and acts through a unique protease activated receptor found on the same tumor cells.

Based on this chemical structure, the Sheba neuroscientists created a drug called SIXAC. In the first stage of testing, the effect of the drug on tumor cell cultures was examined and it was found to reduce their rate of growth, their ability to create colonies and their ability to create extensions that penetrate the brain tissue.

The effect of the drug was then examined in animals with high-grade malignant brain tumors. When the drug was administered by direct injection into the brain tumor, it had a life-extending effect and reduced tumor volume. In about 10 percent of the animals, the drug significantly extended life and actually cured them of the disease.

Prof. Chapman revealed, “We have developed a unique drug that targets the devastating brain tumor, glioblastoma. The drug was developed based on a newly identified pathway which includes thrombin and its receptor PAR1. The drug has shown outstanding results in an animal model of the tumor and we hope to be able to use it soon in human subjects with this terrible disease.”

Added Dr. Shavit-Stein, “We continue to develop the drug and its administration, with the goal to administer the treatment in humans as soon as possible. The progress of research and development from now on will depend to a large extent on the financial investment in the project.” 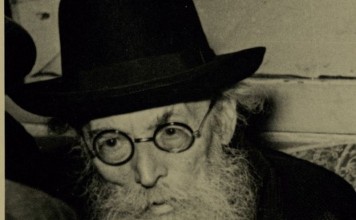