JERUSALEM – The Israeli government has launched a public diplomacy campaign to discredit the legitimacy of the International Criminal Court’s (ICC) recent decision to start an inquiry into what the Palestinians call Israeli “war crimes” in Judea and Samaria.

According to ICC prosecutor Fatou Bensouda, the inquiry, which was initiated after a request by the Palestinian Authority, is not a formal investigation, but rather “a process of examining the information available in order to reach a fully informed determination on whether there is a reasonable basis to proceed with an investigation pursuant to the criteria established by the [ICC’s] Rome Statute.”

Israel’s campaign against the ICC inquiry will focus primarily on the fact that the charges were filed by the PA, which is not a state, and that the court therefore has no authority to act.

The ICC’s decision to launch the inquiry into Israeli actions is “the height of hypocrisy and the opposite of justice,” Israeli Prime Minister Benjamin Netanyahu said Sunday at the start of his weekly cabinet meeting.

The prime minister said Israel would fight the ICC’s decision with every means it has available, including the enlistment of its allies. Along those lines, Israel is lobbying member states of the ICC to cut funding for the tribunal, Israeli Foreign Minister Avigdor Lieberman said on Sunday.

Israel, which like the United States does not belong to the ICC, hopes to dent funding for the court that is drawn from its 122 member states in accordance with the size of those member states’ economies, said Lieberman.

The overwhelming bulk of the court’s funding comes from European and North Asian countries. Japan is the largest contributor, giving $23.7 million in 2014, followed by Germany, which gave $15.7 million. France, Britain, and Italy are also major contributors.

Despite the lobbying efforts, even countries that are traditionally close to Israel are unlikely to renege on their treaty commitments to fund the ICC, said Kevin Jon Heller, a professor of law at London’s School of Oriental and African Studies.

“Germany is probably the least likely country in the world to go against the ICC no matter how supportive of Israel it has traditionally been,” Heller said. “It was one of the very leading states in the creation of the ICC.”

ICC prosecutors said Friday they would examine “in full independence and impartiality” crimes that may have occurred in the disputed territories since June 13, 2014. This allows the court to delve into alleged war crimes during Operation Protective Edge, which took place in July and August, but not into Hamas terrorists’ June 12 kidnapping and murder of three Israeli teens in Gush Etzion. 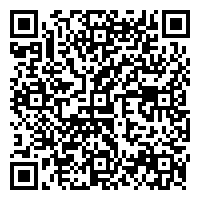