Police in France are going to be getting better firepower and bigger backup.


Valls also said that nearly 3,000 people in France have been identified with jihadist ties, all needing to be under surveillance. The number of people tied in to networks in Syria and Iraq, he said, has skyrocketed by 130 percent just in the past year alone.

France will allocate $490 (425 euros) over the next three years to buy new equipment such as bulletproof vests and better weapons. In addition, people charged with and/or convicted of terrorism will be required to report trips abroad and changes of address. Those who “attack the nation” may be deported or lose their French citizenship.

The announcement follows the recent terror attacks in Paris by Al Qaeda in the Arabian Peninsula (AQAP) and the Islamic State in Iraq and Syria (ISIS) terror groups.

The news was announced against an attempt by the Paris prosecutor’s office to charge four men Wednesday in connection with the terror attacks that left 20 people dead. The Paris prosecutor requested the four be held longer on charges of weapons possession and participation in terrorist activities, and awaited the judge’s decision on whether to open preliminary investigations against them. If the judge agrees, the four will be the first suspects to be charged in the bloodiest terror attacks to take place in France in decades.

The four are suspected of providing logistical support to Amedy Coulibaly, a member of ISIS who was killed by police when they stormed the kosher grocery where he was holding more than a dozen shoppers and workers hostage. Coulibaly had already killed four people at the Hyper Cacher earlier in the day; he was unaware that an observant Mulim worker in the store had hidden six other shoppers in the refrigerator, saving their lives. Two AQAP terrorists, brothers Said and Hamid Kouachi, were killed by French counter terror forces at a separate location a few minutes prior in a similar hostage situation. Their attacks had been coordinated — and likewise, French counter terror attacks were coordinated to end the siege as well.

The Paris prosecutor’s office submission to the judge came just a few hours before the French government announced the new measures to beef up the nation’s counter terrorism force and strengthen its weaponry.

French newspaper Le Figaro discovered a heartbreaking bit of news, one that might have changed the future for at least some of the 20 people killed in that three-day reign of terror.

Two police officers on patrol stopped Amedy Coulibaly for a routine check on December 30, just ten days before the attack, the newspaper reported this week.  A background check showed that he was considered dangerous and belonged to an Islamist group. Furthermore, there were instructions to attempt to collect information about him without raising suspicion.

The officers reported Coulibaly to their superiors and to the anti-terror unit. However, they received no response – and as a result, they were forced to let him go free. 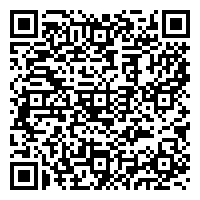