The Israel Defense Forces have announced that it will now be drafting Israelis who are on the autism spectrum. This will be done under the auspices of a new program simply called “Progress.”


The IDF has always served to help the disabled integrate into Israeli society and move forward with careers after their service. It has also done the same for new immigrants. This has been somewhat of an unofficial additional mission of the IDF over the years.

The IDF even offers Hebrew language courses to new immigrants and has education personnel dedicated to aiding those people with disabilities in the service.

Over the years deaf and blind Israelis, even those confined to wheelchairs, have been able to perform military service in Israel. This is important in a country where serving in the IDF is part of the national culture.

Now people on the spectrum can be included in this important part of the Israeli identity as well.

There have been programs in the past which allowed autistic people to serve on a voluntary basis. They could perform simple tasks in the IDF for short periods of time. This allowed them to say that they did their civic duty and to feel included in society. But this is the first time that the IDF will induct such people for full terms of service. And they will serve in regular units integrated with everybody else.

The autistic people drafted to serve will be from the high-functioning end of the spectrum. They will be allowed to serve in regular units and go through training like any other Israeli.

Obviously, many cases of autism are too severe to allow for a person’s integration into what they call neuro-typical society. These are the ones whose autism leaves them unable to function and who need, in some cases, to be institutionalized.

Not all of the people on the spectrum, however, are like the Dustin Hoffman character in Rain Man or the Leonardo Dicaprio character in What’s Eating Gilbert Grape.

The people on the spectrum who are high functioning are those who you would not be able to tell are autistic just by meeting them. However, they have significant trouble integrating into society as they lack the almost instinctual social skills that the general population takes for granted.

They are the sorts of people who at one time in the past might have been called idiot-savants. Just think of the cliché of the nerdy computer geek with his pocket protector, or the Star Trek Nerd from school who went on to design advanced software systems or who became a rocket scientist.

You may have seen recent television programs and movies about people who are on the high functioning end of the autism spectrum. Netflix has one such show called Atypical. Even Ben Affleck recently starred in an action movie where he played a man on the spectrum who was brilliant with numbers and accounting.

Today, as more people become aware of the problem, it is getting easier for such people to integrate into society. Many who could contribute as employees in a company as trained professionals, whether accountants, programmers, engineers, or just about any field requiring higher education, are often rejected for jobs because of how they appear on the outside.

But as more people become aware of this type of disability and are seen more frequently working in private companies, then they will become more accepted by society. The decision to draft people on the spectrum into the IDF should help this process along.

Today, there are 53 new Israeli soldiers, sailors and airmen who are officially diagnosed as being on the spectrum. The IDF hopes that within the next few years as many as 500 new recruits per year will come from people on the spectrum.

The officers and sergeants who will be in command of the new recruits’ basic training underwent special additional training themselves. And specially trained soldiers who already work within the IDF – these are sort of the internal social workers of the Israeli military – will be assigned to supervise the service of those on the spectrum by looking in on them from time to time.

It should be noted, however, that these new recruits will go through the same specialty training courses as all IDF soldiers do after they complete basic training. So once in their active-duty units, the soldiers who are on the spectrum will serve alongside people who they already had a chance to get to know during training. Most importantly, though, their fellow soldiers will be apprised of their disability and special needs ahead of time.

Among the positions that the IDF will open for high functioning young people on the spectrum are those to be expected. They will work in cybersecurity, software testing, systems development, network manager, doing naval intelligence research in the navy, and even in the vaunted unit 8200 which protects the IDF’s secrets. 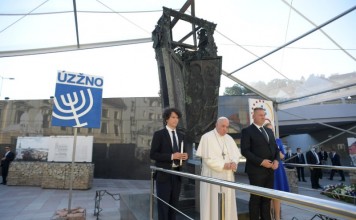 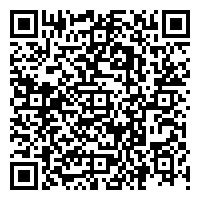