IDF Chief of Staff Aviv Kochavi has slammed those who are saying IDF soldiers are not free to properly defend themselves when they are under attack.

Israeli Border Guard Police Sgt. Barel Hadaria Shmueli, 21, died nine days after a Hamas terrorist shot him in the face during riots on the Gaza border. Shmueli, a member of an elite undercover unit, faced hundreds of rioters when he was shot on August 21.


Since the shooting, there has been a great deal of criticism from the Israeli public over how soldiers’ “hands are tied” by standing orders that limit their ability to respond to threats with deadly force.

The post where the Border Guard Police were stationed has come under particular scrutiny as the forces stationed there were forced to shelter inside and avoid confrontation with the rioters.

Since Shmueli’s death, a group of IDF soldiers has initiated a new campaign to pressure the military into changing the standard operating procedures and granting them greater liberty in deciding for themselves if an incident warrants opening fire.

The group calls itself simply, “Untie Our Hands.”

In response, the IDF Chief of Staff called the claim that Israeli soldiers have their hands tied in such circumstances ‘a lie.’

At a ceremony for the change in command of the Israeli Navy on Thursday evening, the IDF Chief of Staff, Aviv Kochavi, said that the IDF forces and commanders are “equipped with all the tools and have clear opening fire instructions. Any other claim is devoid of any basis and is nothing but a complete lie.

“Every soldier who faces a threat and danger to life in routine or combat, may, should and is obligated to act sharply, strive for contact and thwart the threat,” Kochavi said.

Regarding the investigation currently taking place to examine the incident in which Sgt. Shmueli was killed, Kochavi said the IDF will conduct a thorough examination.

“In many cases where incidents of violence developed along the border, many terrorists were hit by IDF soldiers,” said Kochavi.

“On the battlefield, there is fog, sudden occurrences, and friction, and no event can be anticipated. Decisions are made quickly and in complex conditions, and mistakes cannot be avoided,” added Kochavi.

“IDF commanders do not send soldiers into battle. They go out with them and lead them; even in this event the brigade commander and commanders led from the front and stayed with the soldiers in contact with the enemy.” 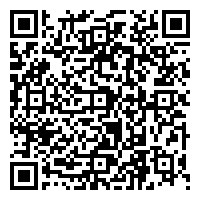