17:21 The IDF cancelling all furlough for combat troops. 7,000 reservists were called up.


17:18 The IDF commander of the Gaza Division, Brigadier General Nimrod Aloni: “We buried 20 Hamas operatives in the tunnel we attacked, just before they tried to raid our territory. We turned the tunnels into a death trap.”

15:50: Recently, the IDF shot down an unmanned aircraft that crossed from the Gaza Strip into the territory of the State of Israel. The aircraft was monitored by the air control units from the moment it crossed into Israel and until it was downed.

15:44 IDF: Troops from the Maglan Unit hit a Hamas anti-tank launcher located in a high-rise residential building in the southern Gaza Strip.
“The terrorist organization Hamas deliberately places its military assets in the heart of the civilian population in the Gaza Strip,” the IDF said.
Gazan sources report 2 dead

14:00: Abu Obeida, spokesman for Hamas’ military wing, on Operation “Al-Quds Sword” – “We have more surprises that will make our people happy. The attack on Tel Aviv, Jerusalem, Dimona and Beer Sheva, is only the beginning. There are no red lines in our response. We only have a sword and fire.”

13:02: Preliminary report of an unsuccessful attempt at ramming attack at Givat Assaf junction in Benyamin. No casualties. The suspected vehicle fled and a search is being conducted.

12:15: The shores of the Sea of Galilee in Tiberias have been closed for bathing

The Municipality of Tiberias announced that “in light of the security situation and recent events in Tiberias, and after consultation with the relevant authorities, we are forced to close the municipal beaches until further notice.”

12:10: The IDF identified and attacked another anti-tank squad and prevented firing at Israel

The IDF attacked and thwarted another Hamas terrorist cell in Gaza City and prevented firing at Israel.

11:01: The IDF recently attacked a Hamas terrorist cell in the northern Gaza Strip. The squad was attacked while preparing to fire into Israeli territory.

10:50: The IDF attacked a Hamas military compound with three anti-tank launchers in the southern Gaza Strip.

10:16: IAF fighter jets demolished the military intelligence offices of the Hamas terrorist organization in Rimal in the Gaza Strip.

10:01: Lod – A 34-year-old Jew who was on his way to prayer was stabbed by Arab terrorists in the upper body. The wounded man was taken to Assaf Harofeh Hospital in fair condition.

Soumya Santosh, an Indian citizen, 32, killed by a rocket in Ashkelon on Tuesday afternoon, May 11.

Nella Gurevich, 52, killed by a rocket in Ashkelon on Tuesday afternoon, May 11.

Leah Yom Tov, 63, killed by a rocket in Rishon Lezion on Tuesday night, May 11.

Khalil, 52, and Nadin 16 Awad, Israeli-Arab father and daughter from Lod area, killed by a rocket on Tuesday night, May 11.

Ido Aviagl, 5, killed by a rocket in Sderot on Wednesday evening, May 12. 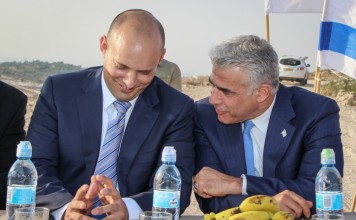 ‘Change’ Government to be Sworn In Sunday 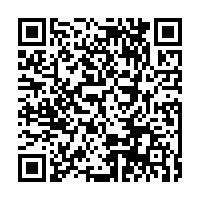