“Frightening” was one of the words William Daroff, senior vice president for public policy and director of the Washington office of the Jewish Federations of North America, used to describe reports about the Middle East security situation.

Speaking on the second day of the leadership mission to Israel of the Conference of Presidents of Major American Jewish Organizations, Daroff made his remarks after an hour-long session on Iran and just before another hour-long panel discussion on “the Middle East volcano.”

The 42nd annual mission of the Presidents Conference, an umbrella body representing 50 U.S. Jewish organizations, kicked off on Feb. 14 as the group of more than 100 delegates was welcomed with a speech by Israeli Prime Minister Benjamin Netanyahu.

The meeting minutes and panel discussions reflected the current gloomy picture of the region.

“Syria will leave us with two bad options: we will have either Daesh [Islamic State] or Iran on our border,” said Israeli Defense Minister Moshe Ya’alon on Feb. 15.

“I don’t think Israel has lost, I think the world has lost,” Yesh Atid leader and Member of Knesset Yair Lapid said regarding Iran.

The Middle East has always been a region wrought with contradictions, but the conference highlighted how in the realm of security, experts are now unsure what is truth and what is façade, if what will happen tomorrow will be indicative of what will happen in 10 years, and if those we assume are our enemies might just be our friends (or vice versa).

“We are working on different timelines; there is a five-year timeline and there is a 15-year timeline,” Landau explained. “On the five-year timelines, yes, this is a strategic turning point because [Eizenkot] believes the threat has been delayed…. Iran will be focused on upholding the deal to get the economic and diplomatic benefits of the deal.”

But nothing has changed in terms of Iran’s strategic goals, and in 15 years Iran will likely have nuclear weapons, which translates into a nuclear Middle East, according to Landau.

“Delaying a threat is not taking care of a threat,” she said.

Here’s the next dichotomy: Conference experts said that while they feel the agreement has stunted the immediate growth of Iran’s nuclear program, the deal has empowered Iran in other ways. The reintegration of Iran into the world economic system has led to a real change in Iranian behavior, said Michael Segall, senior analyst for the Jerusalem Center for Public Affairs think tank. He said Iran has moved from covert operations in the Middle East to overt operations.

“No one is trying to hide behind secrecy anymore,” said Segall. “We see Iran going from being perceived as part of the problem in the Middle East to part of the solution.”

But Segall said that is only a perception, and that Iran remains a very dangerous threat for Israel. While Iran partners with Russia to keep in power Syrian President Bashar al-Assad, who the Americans were confident would be out of office a few years ago, the Islamic Republic is simultaneously training and bolstering the Lebanese terror group Hizbullah.

Even if Hizbullah is beaten down and banged up by its participation in the Syrian civil war, Segall said that ultimately “it will come out strong and experienced in fighting. Hizbullah will be even more threatening in the future.” 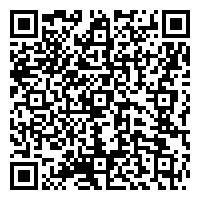