BEIT SHEMESH – It was only when her sons came at her with knives that she realized keeping quiet was not going to work.

For nine years, her rabbis had told her not to speak up about her husband’s verbal, physical and sexual attacks. They assured her the abuse would pass, that if she obeyed his every wish the attacks would end and he would stop telling their grown sons she was a bad mother.

But when her sons began to threaten her, she knew it was time to leave.

Taking her youngest children, she turned to Yad Sarah, a highly regarded Israeli charity founded by former Jerusalem mayor Uri Lupolianski. The organization mainly focuses on medical services, but it also runs a domestic abuse division geared toward Orthodox Jews. A professional there directed her to Bat Melech, a shelter for battered religious women.

“It was amazing,” said the woman, who asked to remain anonymous. “I was sure I was not a normal person and they were nice to me.”

The wall of silence surrounding sensitive domestic issues in the haredi community has long been seen as an impediment to successfully addressing them. Yad Sarah and Bat Melech have sought to change the situation, and their efforts appear to be bearing fruit.

A decade ago, haredi community leaders rarely spoke openly about violence against women. Now leading rabbis are working with experts to fight abuse in the community.

“We’ve succeeded in that they talk about it publicly,” said Shlomit Lehman, a professor of social work who founded the Yad Sarah domestic abuse division. “There was always family violence, but they kept it secret. Our connection with the community and leadership is stronger. There’s discretion and professional care.”

Lehman started the division in 2000 with two therapists. Now there are 16 serving 150 patients a month, making Yad Sarah the second-most active domestic abuse center in Israel.

Bat Melech, founded in 1995, runs two shelters and is expanding its Beit Shemesh facility. The Crisis Center for Religious Women, which refers abuse victims to professional care, is organizing an international conference slated for December 2014 on preventing violence and abuse in the religious community.

Until recent years, experts say, haredi rabbis would deal with cases of domestic abuse privately; only rarely would they make referrals to professionals or recommend divorce. Victims often were stigmatized and their children had a harder time finding marriage partners.

Both Bat Melech and Yad Sarah have made rabbinic outreach a central part of their strategies. Yad Sarah launched a rabbinic committee with representatives of Israel’s major haredi organizations. Those leaders in turn instructed communal rabbis to refer battered women to the two organizations.

Still, discretion remains a paramount concern for haredi rabbis, many of whom still refuse to advocate publicly for the two organizations. Leading haredi papers will not run ads for Bat Melech and Yad Sarah, though online haredi publications do cover them. Haredi schools also do not permit Yad Sarah to run seminars on domestic abuse for their students.

Though growing numbers of women have sought treatment in recent years, Korman and Lehman say work remains to be done. Bat Melech at times has to turn women away, in part because of the high number of children who sometimes accompany them. The shelters have served 800 women and, Korman estimates, more than 3,000 children.

“People aren’t waiting,” Lehman said. “They come when they’re dating or in the first year of marriage, so there are more options. Their entire lives are ahead of them.” 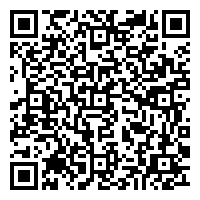