Tens of thousands of people assembled Sunday along Fifth Avenue in Manhattan for the 53rd annual Celebrate Israel Parade, billed by organizers as the world’s largest pro-Israel gathering.

The parade was a sea of blue and white, Israel’s national colors, as floats and marchers from day schools, synagogues, and organizations made their way from 57th to 74th Streets to the cheers of spectators.

“It is very exciting to see Fifth Avenue painted blue and white, and it is strong evidence of American support for Israel,” said Erdan.

“This is a special day…named after one of the founding fathers of the state of Israel, an inspirational man and a visionary,” said Cuomo. “When you were with him you believed and felt you were in the presence of greatness. We will always remember his strong connection to the United States and New York.”

Former New York Giants running back Tiki Barber served as one of the parade’s grand marshals. Barber, who said that Israel “holds a very special place” in his heart, visited the country in 2005 at Peres’s invitation and returned there in March, when he ran in the Jerusalem Marathon.

Miriam Schoenwald, who was at her twelfth consecutive Celebrate Israel Parade – “When I started coming it was still called the “Salute to Israel Parade,” she noted – told The Jewish Press that this year was special to her because her father passed away in January.

“My father started bringing me to the parade from New Jersey when I was ten and this is my first time here without him. But I feel his presence – he was so devoted to Israel and instilled that devotion in me and my four brothers.”

For Gilbert Kahn of Brooklyn and Miami, who would only give his age as “somewhere north of eighty,” this was his 43rd parade since the mid-1970s; he missed just two in that time due to family obligations.

“This keeps me young,” he told The Jewish Press, “seeing all these beautiful young Jews – and not-so-young Jews – excited about Israel and eager to declare to the world that Israel is here to stay.

“It really does an old heart good, and I hope I’ll have the opportunity to attend many more Celebrate Israel Parades – until a hundred and twenty and then some.” 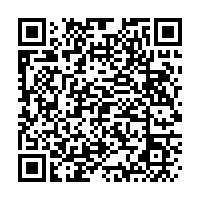