Israel ushered in Memorial Day Tuesday with a minute-long siren in tribute to 23,645 soldiers and civilians who have fallen in the country’s wars and terror attacks.


Speaking at the official state ceremony at the Western Wall, Eisenkot told bereaved families that while each individual death leaves a searing mark of pain and longing , Memorial Day is a time for joint mourning for a nation that has sacrificed its sons and daughters in the struggle for freedom. ’

”Seventy years after our national rebirth with the establishment of the State of Israel, we gather here at the foot of the Western Wall, which is woven into the very fabric of our people. Alongside this wall, which has become a mighty barricade of heroism and a witness to our national heritage, we stand shoulder-to-shoulder, separated only by a thin whisper.

”In silence we hear the voices of our underground fighters and IDF soldiers throughout all the wars – as well as the lamentations of Diaspora Jews who dreamed only of visiting the Wall with a bowed head, to touch it with a silent prayer. In silence we can hear the painful cry of bereaved families, who lost their most precious ones in order for us to live here,“ Eizenkot said.

Across town, President Reuven (Ruby) Rivlin eulogised fighters from the pre-state Etzel underground group who fell during the 1948 battle for the then-Arab stronghold of Malcha, in southwest Jerusalem. Rivlin made reference to the long-standing division between Revisionist and Socialist Zionists, saying it took the State man-years to recognise the sacrifice of Etzel members, who were linked to the Revisionist movement but said the group’s outcast status was an important building block in the president’s character.

“All my life, I have learned what true closeness is, and just how long the road to freedom is. I learned brotherhood from them, but more than anything I learned how to stand up for my truth – not only against our enemies, but also against members of my own people, even to my friends. I learned that it is acceptable to think differently – sometimes it is even required,” Rivlin said.

Ahead of the official state ceremonies, Defense Minister Avigdor Liberman told bereaved families that their loved ones’ sacrifice has allowed the Jewish people to stand proudly while meeting ongoing challenges.

“We retain great hope in our hearts that in the coming years we will no longer have to live by the sword, and that we’ll be able to invest the best of our abilities and our resources on science and technology, agriculture and the economy.

“Even during our celebrations we bow our heads at the memory of our loved ones…we remember our fallen who paved our way to independence and security, and of course you, the families, who bear the pain of loss and longing. We will do everything in our power to memorialize our fallen soldiers, to preserve the legacy of their heroism and pass it on to future generations,” Liberman said. 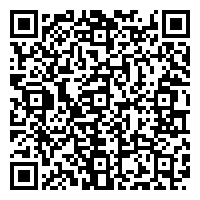