The Israeli government’s passage of legislation that authorizes egalitarian prayer in a soon-to-be-created 9,700-square-foot, NIS 35 million ($8.85 million) section adjacent to the southern part of the Western Wall has been called groundbreaking, empowering, dramatic, and unprecedented.

Officials of the Conservative and Reform movements have been particularly effusive. The reaction has not been nearly as glowing, however, from Orthodox leaders.

The rabbi of the Western Wall, Shmuel Rabinovitch, called the government’s plan a desecration of God’s name. He said he did not consider himself a partner in the negotiations.

“I don’t know if there is anything we can do to stop it now, I am deeply saddened…. I hope that we can get the whole thing cancelled,” he said.

Rabbi Rabinovitch did say, however, that the ratified plan was a better option than several bad alternatives that were discussed.

“This is a fair and creative solution,” said Prime Minister Benjamin Netanyahu after the 15-5 vote on the measure by his cabinet.

Rabbi Rick Jacobs, president of the Union for Reform Judaism (URJ), said the decision would “connect world Jewry to the State of Israel.” Jerry Silverman, CEO of the Jewish Federations of North America (JFNA), called it a “major step forward.” Member of Knesset Merav Michaeli (Zionist Union) said the Kotel was “liberated” again, this time not by soldiers, but by women in Jewish prayer shawls.

Indeed, for 27 years, the Women of the Wall group pushed for women’s equality at the Kotel. Formal negotiations have been going on for almost three years. In a statement, the group said more than just an agreement has been achieved: “The vision of the new section of the Kotel is a physical and conceptual space open to all forms of Jewish prayer. Instead of splitting up the existing pie into ever more divided, smaller pieces, we are making the pie much larger.”

The new section, which will qualify for government funding, will be managed by a public council, governed by a committee headed by the chairman of the Jewish agency and comprised of representatives from the Reform and Masorti (Conservative Judaism in Israel) movements, JFNA, and Women of the Wall. An administrator for the section will be appointed by the Prime Minister’s Office.

Beyond the blueprints, the ratified plan is a powerful statement about the overt impact Diaspora Jewry and global Jewish leaders could have on Israeli decision-making.

U.S. Jews have traditionally served as a political lifeline for Israel, lobbying American governments on behalf of the Jewish state. Recent events have shifted the relationship between the American and Israeli Jewish communities into one of semi-equality, which includes American Jewish leaders objectively discussing Israel’s policies rather than blindly supporting them.

Silverman called this shift evolutionary. Rabbi Gilad Kariv, executive director of the Israel Movement for Reform and Progressive Judaism, said the negotiations “prove the role that North American Jewry…can and should play in helping Israel make our country more inclusive.”

In an interview with The Jerusalem Post, Jewish Agency for Israel Chairman Natan Sharansky said that American and Israeli Jews are becoming increasingly interdependent. The U.S. needs Israel to help strengthen Jewish identity in a Diaspora community that is slowly shrinking from assimilation and intermarriage. Israel, attacked daily by the international community, needs the solidarity of Jewish communities abroad, he explained.

Seth J. Frantzman, the opinion editor for The Jerusalem Post and someone not affiliated with any particular Jewish denomination, equated the Kotel plan to how Christians handled Jerusalem’s Church of the Holy Sepulchre, earmarking different spaces for different Christian denominations. 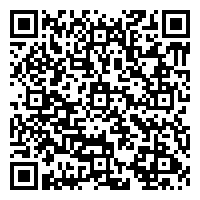