Likud Knesset Candidate Daniel Tauber declared a suspension of campaign activities in solidarity with the residents of the South and the IDF.

Tauber also said he would request that the Likud delay the date of primaries, currently scheduled for November 25th, saying that, “Campaigns should not be brought to fever pitch as our soldiers are risking their lives fighting our enemies and residents of the South are forced to hide in fear.”

In a letter to supporters, Tauber called for the elimination of “Hamas and any other terrorist group operating within the Land of Israel or on our borders” arguing that, “As long as terrorist groups like Hamas and Hezbollah continue to operate with impunity millions of our citizens will be under threat and Israel will be constraining geopolitically.”

On Thursday evening, Tauber instructed his campaign volunteers to stop contacting Likud members until Sunday evening, when the situation could be reviewed and the campaign could determine how to proceed in an appropriate manner.

Tauber ended his letter with the prayer “that justice is meted out to Hamas and all the enemies of the Jewish people.”

Tauber is also executive-director of Likud Anglos and has in the past urged Likud Members of Knesset and Minister not to be restrained in pursuing terrorists out of fear of international pressure. 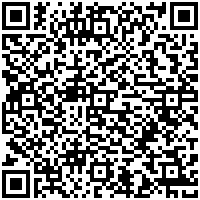