The former head of Israel’s Reform movement has called on the Israeli government to cede part of the David’s Tomb compount, located on Mount Zion, to the Catholic church.

“Rabbi” Uri Regev, the former director of the Israel Reform Action Committee and now the head of the Hiddush- Freedom of Religion for Israel NGO, said in a press release that ceding control of the Last Supper Room, located one floor above the site that many Jews believe is the burial spot of King David, could be a “forward looking gesture” that could give the Jewish People  ability “to move beyond past disputes and persecutions … experienced in specific Christian and Muslim communities throughout generations.

The Vatican is believed to posses cups, gold, the Menorah and other vessels stolen from the Beit Hamikdash during the destruction of Jerusalem in the year 70. The church is also believed manuscripts writen by Maimonides and other medieval rabbinic authorities. 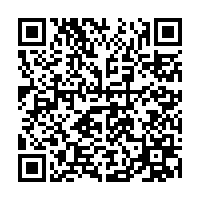