President Reuven Rivlin and the Ruderman Family Foundation on Thursday hosted the “Keeping it in the Family” forum on the Israel-Diaspora relationship at the presidential residence in Jerusalem.

The aim of the conference, coordinated in partnership with the Ministry of Diaspora Affairs and Gesher, was to widen the boundaries of discourse between Israel and the global Jewish community in a range of areas – literature, identity, Judaism, law and culture.

Despite voices expressing concern over a growing gap between the two communities, a recent Ruderman Family Foundation survey revealed 80% of American Jews consider themselves pro-Israel and 67% feel an emotional attachment to Israel. Moreover, more than 70% of Jews in the United States feel that their personal relationship with Israel is equal, or stronger, than it was five years ago.

President Reuven Rivlin opened discussions stating that a “shared mission” to create a positive definition is in order. He said the conversation begins “with an uncompromising commitment to fight anti-Semitism in all its forms and encompasses ensuring the existence of the State of Israel as a Jewish and democratic state. But it also entails a relationship that exists in all other fields of life: literature and philosophy, in science and research, in tikkun olam, in business and philanthropy. Judaism cannot and must not be the product only of crises, of disasters and of moments of calamity. It must celebrate the spectrum of Jewish communities in Israel and across the world and flourish through cross-pollination.”

Shira Ruderman, Director of the Ruderman Family Foundation, said: “After many years in which Israel’s conversation with the American Jewish community took place in a small circle of professionals, without a real interest from the public, we are bringing it back to center stage. The tensions felt in recent years between the sides stem, among other reasons, from the tendency of this closed group to gravitate to issues in dispute and problems, rather than the many places in which the relationship is mutually beneficial. The ‘Civil Forum’ is a first step in changing the public’s perception, by bringing opinion leaders from all fields of life – sport, law, economy, literature and others – into the conversation. This will diversify and widen our discourse, and make it relevant to the public.”

Rivlin concurred: “These are different times. These are times that call out for a positive definition, a definition that builds from within us what binds us together and addresses our shared mission.” 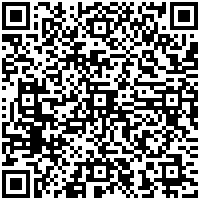