Former health minister and United Torah Judaism (UTJ) party leader Ya’akov Litzman has agreed to a plea bargain agreement with outgoing Attorney-General Avichai Mandelblit in a deal that will allow him to plead guilty to only one charge among those arrayed against him.

Under the agreement, Litzman will plead guilty to a single charge of breach of public trust for his interference in the case of Australian pedophile suspect Malka Leifer. He also agrees to immediately resign from the Knesset.


In exchange, he will receive a suspended sentence and a token fine of NIS 3,000 (slightly less than $1,000). He will not be charged with moral turpitude, which would effectively ban him from running for office for seven years.

However, last month Litzman, 73, announced that he will not run again for a seat in the Israeli parliament due to his age.

Under the deal the more severe charges in the two criminal cases facing the former minister, including obstruction of justice, will be dropped.

Litzman repeatedly opposed Leifer’s extradition to Australia, where she faces 74 separate charges of child sexual abuse in attacks on former students before fleeing to Israel. He was suspected of pressuring the Jerusalem District psychiatrist to state falsely that Leifer was “mentally unfit” to stand trial.

In addition, Litzman faced charges in connection with allegations that he helped a food establishment remain in operation despite a health ministry order directing its closure. Those charges will be dropped as well under the plea bargain agreement.

Mandelblit, who retires on February 1, said last May when announcing his intent to indict Litzman, “In these two cases, Litzman took advantage of his political and ministerial power to advance the interests of private individuals.” The attorney general said at the time that he had already decided to drop a charge of bribery.

The advocacy group that accompanied several of Leifer’s victims through the legal process, Magen, issued a statement in response to the announcement, saying it “caused Leifer’s victims great sorrow.”

The group added, “We sympathize with the anger of the victims regarding the plea deal and even though according to the Israeli legal system they are not part of the case, there was room to hear their opinion on the matter.

“We hope that [Litzman’s] confession will give validity to these serious accusations and that next time, politicians will understand they are not above the law.” 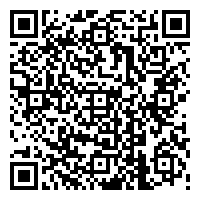