A lot of people around the world hate the Jews.

Among the survey’s key findings:

● Thirty-five percent of those surveyed had never heard of the Holocaust. Of those who had, roughly one-third said it is either a myth or greatly exaggerated.

● The three countries outside the Middle East with the highest rates of anti-Semitic attitudes were Greece at 69 percent, Malaysia at 61 percent and Armenia at 58 percent.

● About 49 percent of Muslims worldwide harbor anti-Semitic views, compared to 24 percent of Christians.

● The least anti-Semitic country overall was Laos, where 0.2 percent of the population holds anti-Semitic views. The Philippines, Sweden, the Netherlands and Vietnam all came in at 6 percent or lower.

● Thirty-four percent of respondents older than 65 were deemed anti-Semitic, compared to 25 percent of those younger than 65. Men polled were slightly more anti-Semitic than women.

“The ADL’s Global 100 index will serve as a baseline,” Foxman said. “For the first time we have a real sense of how pervasive and persistent anti-Semitism is today around the world.”

The survey gauged anti-Semitism by asking whether respondents agreed with an index of 11 statements the ADL believes suggest anti-Jewish bias:

Respondents who agreed that a majority of the statements are “probably true” were deemed anti-Semitic.

Over the years, the ADL has been criticized for overstating what qualifies as anti-Semitism, with critics suggesting that some of the statements used to measure bias actually are more indicative of admiration for Jews than anti-Jewish hostility.

Foxman addressed such criticism on Tuesday.

“We frequently get accused of seeing anti-Semitism everywhere, and we’re very conscious about the credibility,” he said. “We were cautious, we were conservative, to understate rather than overstate.” 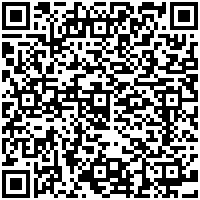