More than a decade of weekly antisemitic harassment and protests were given an extra boost of support by US District Court Judge Victoria Roberts this past August 19, the 30th anniversary of the August 19, 1991 Crown Heights pogrom in Brooklyn, New York – another example of “civil liberty” in which the rights of Jewish Americans were trampled by so-called “freedom of speech.”

In an 11-page order last Wednesday, Judge Roberts said in her decision the First Amendment “more than protects the expressions by defendants,” the MLive news outlet reported this past weekend.


The expressions the judge found worthy of defense included protest signs carrying messages such as: “Resist Jewish Power,” “Jewish Power Corrupts,” “No More Holocaust Movies,” Boycott Israel,” ‘Stop US Aid to Israel,” and “End the Palestinian Holocaust,” all of which were brandished by demonstrators, each and every Saturday morning on the Sabbath, filling the sidewalks in front of the Beth Israel Congregation on Washtenaw Avenue for more than 16 years.

This weekend, Beth Israel’s Rabbi Nadav Caine responded, saying in a statement, “It may well be that the court has made a correct decision according to the law, but the proceedings show that the protesters are liars and charlatans.

“They fill our sidewalks with hate speech to harass our worshipers and then claim it’s just a good public location.

“They portray themselves as kindly types who bring their detractors tea and wish them a nice day, while they espouse Holocaust denial and anti-Semitic global conspiracy theories and their hate fails to alarm some progressive leaders who would be rightfully shouting from the rooftops if this were a mosque. I suppose I’m less disappointed in the Court of Law than I am in the Court of Public Opinion.”

The leader of the protesters, former congregation member Henry Herskovitz, claimed his group is not anti-Semitic, but rather, supports ‘Palestinians who are being killed by the Israeli military.’ 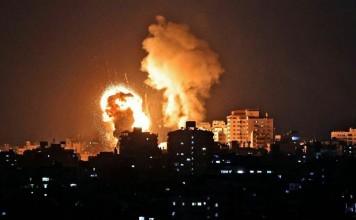 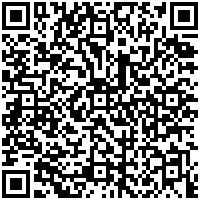