Father Frank Desbois, a French Catholic Priest who has dedicated his life to identifying, chronicling and commemorating mass killings of Jews across Europe, has joined the Advisory Board of the Combat Antisemitism Movement, the organization announced.

Father Desbois is president and founder of Yahad – In Unum, a global humanitarian organization, dedicated to identifying and commemorating the sites of Jewish and Roma mass graves in Europe, and the Head of the academic council of the Babyn Yar Holocaust Memorial Center.

He is also the author of “The Holocaust by Bullets: A Priest’s Journey to Uncover the Truth Behind the Murder of 1.5 Million Jews“, Winner of the National Jewish Book Award, and the recently released “The Fabric of Terrorists: Into the Secrets of Daesh”, based on his investigation of the Yazidi genocide in Iraq.

“I am delighted to join the CAM Advisory Board to assist in the global effort to fight antisemitism and the growing phenomena of Holocaust denial, trivialization and appropriation, and ensure that the lessons of the Holocaust are learned to prevent future genocides,” Desbois said.

“We need as many allies and partners as possible to meet this challenge, and I see in CAM a vital effort to work with different faiths, is inclusive and which has opened the widest tent to those intent on defeating these scourges in a very practical manner.”

His work through Yahad has been recognized through numerous awards and public commentary throughout the world. The Simon Wiesenthal Center presented the Jewish Medal of Valor to Father Patrick Desbois for his commitment to religious tolerance and cooperation, and he has also received the Légion d’honneur for his work on the Holocaust. In 2017, he was awarded the Lantos Foundation’s Human Rights Prize.

“We are exceptionally honored and excited to have someone of Father Desbois’ passion and commitment to fighting antisemitism and to unearth the truth about the Holocaust join the CAM Advisory Board,” CAM CEO Sacha Roytman Dratwa said.

“Father Desbois has dedicated his life to this work, and I am certain will prove to be an invaluable resource for our work at the Combat Antisemitism Movement.” 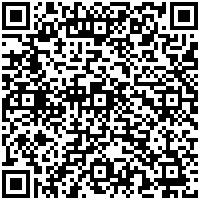