The Combat Antisemitism Movement (CAM) and CAMERA on Campus hosted an online panel discussion recently highlighting students engaged in the fight against antisemitism and the defense of journalistic ethics, followed by an interactive workshop led by senior journalists.


“Journalism is one of my passions,” said Orbuch, a reporter for the Princeton Tory. “I am honored to provide students with fair and comprehensive coverage of all issues, especially now that these approaches have become the exception, not the rule.”

Fried, who served as an editor of a McGill campus paper, commented, “The key is to never to give up the fight; to never compromise on your principles. If anti-Zionist groups and their supporters in the newsroom promote an anti-Israel agenda instead of reporting the facts, we must ensure that our peers know the truth.”

Darwish shared the challenges she faced after writing a pro-Israel article for the campus paper at the University College London. “After many tedious revisions, editors at Pi Media published my article but barred me from sharing the piece on the CAMERA on Campus website and social media platforms,” she recalled. “When I examined Pi Media’s publishing history, it became clear that this policy was not being applied to other students. I got them to reverse their decision.”

CAMERA International Campus Director Aviva Rosenschein — who moderated the discussion — noted, “Speaking openly about challenges that Jewish and pro-Israel students face concerning campus media is imperative to tackling the issue writ large. These students are not the only ones encountering chill speech, bureaucracy, and anti-Israel bias. May their experiences serve as inspiration for those who are willing to take a stand.”

The “Shark Tank”-style workshop featured students Alex Grosman from The Ohio State University, David Getter of Rice University, and Alexandra Berman of the University of Miami. Each student presented an article pitch responding to a recent BDS effort to at the UC Berkeley School of Law.

Combat Antisemitism Movement CEO Sacha Roytman Dratwa stated, “The global surge of antisemitism in recent years has hit colleges and universities particularly hard, and campus media has become a new front in the age-old fight against Jew-hatred. It’s vital that Jewish and pro-Israel students know they are not alone in this struggle, and that they be provided with the confidence knowledge, and tools to effectively counter the bigotry and prejudice they face and have their voices heard.”

A recording of the panel discussion and the workshop can be accessed here.

At the event, the Combat Antisemitism Movement and CAMERA on Campus announced the launch of a new campus media contest to encourage the publication of articles in student papers to counter antisemitic and anti-Zionist narratives. Participants are eligible for prizes up to $350. For more details, please visit: campusmedia.combatantisemitism.org 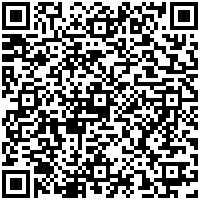