AIPAC has also worked to counter criticisms from the left that it is too closely aligned with the GOP. A month ago, AIPAC advertised for a director of progressive outreach; the job is not yet filled. Until the mid-1980s, such a job description might have seemed redundant – AIPAC was until then strongly identified with Democrats.

That traditional base is aging, however, and many liberal activists are expressing greater sympathy for the Palestinians. Within the Jewish community and in Washington, J Street has challenged AIPAC from the left. AIPAC’s leadership has recently sought avenues to younger progressives, and nods to the political left were visible throughout the conference.


A breakout session on “Civilian Coexistence” in Israel featured an entire panel identified with the Israeli left, which organizers acknowledged was unusual for AIPAC.

A video during one of the conference breaks touted a project of the Peres Center for Peace that brings together Israeli and Palestinian girls in soccer tournaments.

Rabbi Rick Jacobs, the president of the Union for Reform Judaism (URJ), joined his counterparts in the Conservative and Orthodox movement on stage during the Monday plenary to cite Torah readings calling for support for Israel.

It was Jacobs’s first onstage appearance at AIPAC since he assumed the URJ’s presidency three years ago; his appointment to lead the Reform movement drew some criticism from the right at the time in part because he had been a member of J Street’s rabbinic cabinet. 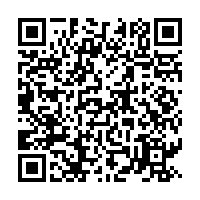