I think today’s verbal sparring between MK Moshe Gafni (UTJ) and Minister of Education Rabbi Shai Piron might be a good example for trying to understand the conflict between the Haredi community and the general community that has come to a head recently. They are arguing specifically about summer camps, but the arguments apply to all the major issues that have been coming to a boil recently.

A while back the Education Ministry announced a plan for funding summer day camps within the schools. The program was criticized by Haredi MKs because it was being limited to kids in public schools while kids in Haredi schools would not qualify for the funding of their camps.

This morning, Gafni criticized Piron from the Knesset podium, saying that what will happen in the summer because of the reform of the system is that kids will be punished simply because they are Haredi. For the first time ever, said Gafni, te Minister of Education of Israel is planning a program by which some kids will get a summer camp and other kids will have to sit at home. The law says that the torani education system will get funded equally as all children in Israel are funded, but this reform, if it will be approved, will create some kids who will be considered first class and others who will be considered second class.

Minister Piron continued saying that choosing to not be a part of the public school system has many benefits – your teachers aren’t under the organization of teachers, you set your own time schedules, your own dates for schooling, not to teach the core curriculum studies, don’t obligate us to hire only certified teachers, etc. To come along now and cry bitterly saying give us all the benefits that everyone else gets but none of the obligations and responsibilities – forgive me for not being impressed. Some people did the calculations and decided it was worth it for them.

Piron said to Gafni, if you want to have a discussion about being a full partner, I promise you that I will not harm any of the values and cultural issues you are concerned about. But you also have to accept upon yourself the values of the public education system. If you do that, the system will also be obligated to you. You as political leaders and rabbinic leaders made a decision that you want autonomy – autonomy comes with a price. If you want to be a part of the discussion, it comes with both the honey and the sting. source: Kikar

thats the entire conflict in a nutshell. the Haredi community says our values and culture doesn’t allow us to be a part of society in a complete manner, but we still deserve funding as citizens. The general community says no – the money is set by guidelines as part of public policy – be a part of the public, and share the wealth. take both the benefits and the detriments and we’ll be happy to have you. You want to be on your own, you are on your own. 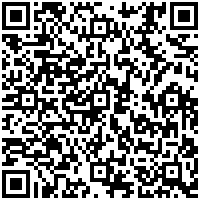