Prime Minister Benjamin Netanyahu declared on Sunday that he would refuse to negotiate with a Palestinian government that included representatives of the Islamist terrorist group Hamas.


Click photo to download. Caption: Benjamin Netanyahu. Credit: PD.Netanyahu made the remarks just days after Hamas political bureau chief Khaled Mashaal met with Palestinian Authority President Mahmoud Abbas in Cairo to discuss the restructuring of the Palestine Liberation Organization, the Palestinian umbrella body whose largest faction is Abbas’ Fatah, so as to include Hamas.

Speaking to Israeli diplomats in Jerusalem, Netanyahu said: “If Hamas joins the Palestinian government, I will not hold peace negotiations. Progress would have to be made in keeping with the current security arrangements, which are getting more and more difficult to maintain in light of the regional turmoil.”

Kadima politician Otnier Schneller’s vehicle was firebombed twice last week as he was driving near the Binaymin community of Ofra. He was headed to a Hanukkah celebration at his daughter’s home with his wife and two grandchildren when the attacks occurred.

Neither of the bombs actually hit the vehicle although both fell very close. Schneller has been targeted with similar firebombs three times in the past already.

“Fortunately, MK Schneller was unhurt but this is not self-evident. The left and the media have forgotten who Israel’s real enemies are. When you shed the blood of settlers for two weeks, generalize and blame everyone for price tag incidents, it’s no wonder that Arab terrorism has reared its head. The terrorists understand the signs,” a statement by the National Union party said.

Egypt’s ultra-conservative Islamist party Al-Nour shifted gears on the Israel-Egypt peace treaty on Sunday, saying they will “stand firmly against normalization between the two countries in all forms, and are against ties with any entity that wants to harm the Egyptian identity,” according to Israel Hayom.

The statement came after the Salafist Al-Nour’s spokesman Dr. Yusari Hamad gave an interview last week to Israel Army Radio in which he stated that all Al-Nour supports peace with Israel. The interview caused an uproar in the Egyptian press and prompted the party to clarify their position. The party will work to change clauses in the treaty “in a legitimate manner,” according to the statement on Sunday.

Al-Nour is currently in second place after the more moderate Muslim Brotherhood’s Freedom and Justice Party which earned around 40% of the votes.

After the interview aired last week, Hamad told The Associated Press that he did not know he was talking to Israeli Army Radio, and he was only told it was for an Israeli broadcaster. He claimed that had he known, he would not have agreed to the Army Radio interview because “they occupy our Palestinian brothers.”

The Israel Air Force recently struck two vehicles in eastern Sudan that were smuggling Iranian weapons to Gaza, according to Sudanese media reports published on Sunday.

Sudanese government and army officials have denied that any such attack occurred, and Israeli officials were remaining mum on the reports, Israel Hayom reported.

According to Sudanese newspaper Al-Intibaha on Sunday, quoting sources from local tribes who witnessed the attacks, the first IAF strike took place about 10 days ago, targeting a convoy of six Land Cruiser SUVs. Four people were killed and two cars were completely destroyed, the report said.

The second attack, according to the newspaper, took place last Sunday, hitting a Toyota and killing everyone in it. The people in the car, however, were reported to be “gold seekers” and not arms smugglers.

While there was no official Israeli response to Sunday’s Sudanese report, defense officials have, for some time, been closely monitoring the Iran-Hamas smuggling route which routinely passes through Sudan.

Things have been historically not easy for this minority in this predominantly Muslim country. Islamists traditionally view Coptic Christians as “kafirs,” meaning “nonbelievers” in Arabic. In February, 2011, 23-year-old Coptic Christian Kirolos Andraws was attacked by thugs on an Egyptian street and told he deserves to die for refusing to convert to Islam. This forced Andraws to escape to the U.S. on a tourist visa and seek political asylum.  “I have no other option,” he said.

A Muslim cleric already cut off the ear of one Christian man, justifying the deed in Islamic law. 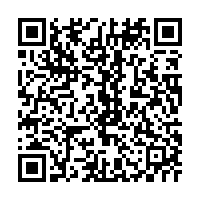