JERUSALEM – As Shiite Hizbullah and Sunni anti-Syrian government rebels battle across Syria and Lebanon, and Egyptian and Jordanian forces confront al Qaeda terrorists in the Sinai and southern Jordan, the emir of Qatar blamed Israel for the chaos that threatens to plunge the entire region into war.

At a conference in Doha, Qatar’s capital, the emir, Sheikh Hamad bin Khalifa Al Thani, said, “We heard in the past that reform in the Arab world must wait until a peaceful settlement with Israel is achieved, but everybody should realize that such [a] belief is now unfounded after the Arab Spring revolts. The reason is that the Arab Spring has today put Israel in direct confrontation with the Arab people, not only with their rulers. These people will no longer accept that negotiations are the goal in themselves. Our region will not see peace unless we see a resolution to the Palestinian issue.”


The emir’s comments run counter to a secret WikiLeaks document discovered late last year, which quoted the emir as praising Israel in 2009 for trying to achieve peace despite Middle East upheaval. According to the document, Al Thani opined that Israel had been “under threat” for years and cannot be held accountable for not trusting the Arabs or Iranians in the search for peace. He also said that the Mideast is still not ready for peace.

Al Thani has been a staunch supporter of both the anti-Syrian government rebels fighting Iranian-backed Hizbullah forces in Syria and the Hamas government in Gaza. The WikiLeaks cables also maintained that Al Thani could influence Hamas to make peace with Israel, but would have trouble selling that idea to Hamas’s radical constituency in Gaza.

Al Thani’s controversial comments came as IDF forces fired rockets at several Syrian army positions in the central Golan Heights after an IDF jeep was attacked on Monday. The IDF reported that the Syrian army had fired three times at IDF units patrolling the border during the past few days. On Shavuot, an unknown terrorist group fired mortars at Mt. Hermon. Embattled Syrian President Bashar al-Assad and Hizbullah leader Hassan Nasrallah have threatened to attack the Israeli side of the Golan Heights as retaliation for several recent targeted Israeli attacks on Syrian military convoys laden with advanced weapons that were destined for Hizbullah arsenals in Lebanon.

According to sources, American officials told a high-ranking member of the Lebanese government that if Hizbullah or Syria fired an advanced weapon at Israel, the Israel Air Force and IDF elite units would destroy significant parts of Lebanon.

IDF units, as well as an Iron Dome anti-missile battery, remain on alert in the Eilat region. For its part, Egyptian armored units and commandos poured into the lawless Sinai Peninsula this week to battle Bedouin terrorists affiliated with al Qaeda. These terrorists have kidnapped Egyptian police while attempting to inflict damage upon Eilat’s hotel industry via Grad rocket attacks.

Amid the escalating regional violence, Secretary of State John Kerry is expected to return to Israel sometime this week with the goal of getting the Palestinians and Israelis back to the negotiating table. Israel’s Minister of Finance Yair Lapid has publicly supported Prime Minister Benjamin Netanyahu’s position of restarting negotiations on the basis of a two-state solution without preconditions. That would include the freezing of settlement construction in Judea, Samaria and Jerusalem. 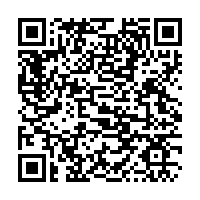