Women who seek the opportunity to do Asanas in an environment which is more Hoshannah than Ganesha – and teach other women to do the same – can now sign up for a special course designed especially for Jewish Yoga aficionadas who want to teach the healing art to others.

The Kinneret Yoga school, founded by yoga instructor and Master’s degree holder in Dance Movement Therapy Kinneret Dubowitz-Feuer, is specifically designed to enable Jewish women to incorporate the healing, strengthening, and meditative aspects of Yoga into their lives without the traditional influences of Hinduism or Buddhism which many – religious and non-religious – find inappropriate for them.

Kinneret Yoga’s Yoga Alliance certified teachers’ training programs in Israel, New York, Toronto, and Montreal, are powered by Kinneret and her partner Sarede Switzer – her very first trainee – to impart the knowledge which will certify “kosher” yoga teachers throughout the world, so that yoga will become accessible to all Jewish women.

“Jewish women do not have to join an Eastern-based spiritual yoga world, but rather they can connect to its health benefits and nurture their spirituality from a Torah perspective,” Kinneret told The Jewish Press.  “We have women on the program who are orthodox but also not orthodox… women from across the spectrum.”

In an interview with South African Jewish Association of Canada (SAJAC) Tracy Seider, Kinneret explained that her special brand of yoga “has an aspect of mind-body unity, which we are supposed to bring into everything we do as a Jew”, yet is in no way intended to be a substitute for the Jewish lifestyle set out in the Torah.  “You cannot replace mitzvot with just a feeling of spirituality,” Kinneret said.  “Practicing a yoga pose, feeling a connection to your soul and therefore to your Creator, and getting enlightened by that – something one can certainly experience through yoga – is not a replacement for mitzvot.”

Kinneret and Sarede’s special take on yoga has even attracted women of other faiths who look to infuse the unique art with their own brand of spirituality.  “I even had a religious muslim woman contact me in Toronto to see if she could join the program because in her community there is no such program for women,” Kinneret said.  “We have a coffee date next week to talk about what it means to be religious women who love yoga but want to stay within our own religious observance.”

A series of courses on becoming a “kosher” yoga instructor are beginning in several locations.  In July, spots are still open for the Jerusalem course, with another course being offered in Toronto in August, and one in New York in December.

Women in the New York area who are interested in learning about “kosher” yoga, can visit Sarede’s fitness center, Crown Heights Yoga & Fitness, with 12 weekly courses in yoga, pilates, Zumba, and toning. 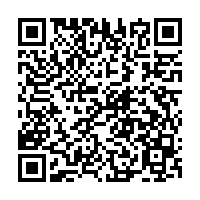