The arrests follow a two-year investigation, leaving unanswered questions why it took so long to arrest the men and why federal authorities did not intervene.

The men, Humayoun Nabi, 27, and Ismail Alsarabbi, 32, each are being held on $550,000 on charges of conspiracy and seeking to aid terrorists. There were hauled into Queens Criminal Court on Tuesday but the announcement of the arrest was delayed until Thursday because law enforcement officials wanted  to protect their undercover sources and look for additional suspects.

Authorities said the men were not involved with any plots to terrorize New York City but that their scheme, if carried out, would have been a “game changer,” court records revealed.

Nabi is a college-trained renovator with no criminal record and was a victim of police undercover agents’ tricks to arrest him for innocent actions, such as agreeing to “to send shows and coats to Afghanistan,” according to Nabi’s attorney Kenneth Finkelman.

He added, “For 18 months, for two years, the NYPD was trying to convince a guy with a wife and a child to send shoes and coats to Afghanistan. It’s totally entrapment.”

The charge sheet  states that Nabi and Alsarabbi plotted to send military equipment, including boots, to Taliban terrorists.

Alsarabbi’s attorney Sean McNicholas called the prosecution “outrageous” and accused the government of using a “a very common tactic…where they play on our fears and…use a confidential informant.”

The investigation began two years ago after Nabi met a police informant through a mutual acquaintance and talked about his hatred for the United States, Jews and American soldiers.

“The source of the Americans’ strength is their equipment, specifically good jackets, good goggles, good GPS,” Nabi told an undercover agent in December 2011. In another conversation, two weeks after U.S. commandos killed Osama bin Laden, Nabi allegedly said, “We are sitting here breathing in peace, eating chicken and roasts and our brothers, they are dying.”

Nabi  allegedly admitted to police he planned to provide clothes and boots to terrorists in Afghanistan to “level the playing field” in battles with U.S. soldiers. He was reported as saying he wanted to build “ a small army.”

He  also told agents he ultimately wanted to provide persons to Taliban terrorists but for the time being concentrated on funding clothing and electronics.

The police informant gave Nabi a $3,900 check, and Alsarabbi allegedly told his cohort to send the money to Nabi’s father in Pakistan. 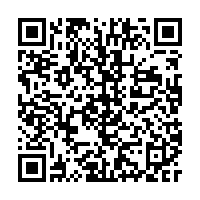