Like Europeans, Israelis are mad for their soccer.  For some, soccer is the true religion of the Middle East,  one shared by Muslims and Jews alike.

But just as in Europe, not all soccer fans follow the normal rules of civility, and the behavior of some fans of one Israeli soccer team in particular, Jerusalem Beitar, has been reprehensible.  Beitar was the last of the 30 Israeli soccer teams without any Muslim players. The anti-Muslim racism of its fans has led to Beitar being banned from some soccer matches and being fined, as well as having demonstrations by Israelis denouncing their behavior.


When Beitar management last week brought in two Muslims from Chechnya to join the team, the response by the haters was ugly, if not unexpected.  Despite official efforts to celebrate the inclusion of Muslims into the Beitar family as an important Israeli value, some fans responded at a game over the weekend with shameful calls for “Beitar purity,” and unfurled a vicious banner: “Beitar, pure forever.”

But today’s New York Times story about the incident is shocking in its narrow focus and excessive reliance on Israel haters to suggest that the racism of the worst Beitar fans accurately reflects Israeli society.

Rabbi Abraham Cooper of the Simon Wiesenthal Center told The Jewish Press by telephone from Berlin, “You want to know what “mirrors” Israeli society?  Walk in the Mamilla Mall on a Saturday night,  Arabs and Israelis, Muslims and Jews, all strolling, eating and shopping together – that’s the mirror of Israeli society.”

The official response to the boorishness was swift and unequivocal: the team was fined 50,000 NIS ($ 13,400) and 50 of the worst offenders were banned from an upcoming match.

Deputy Prime Minister Moshe Yaalon slammed the ugly behavior, saying “I was shocked by the racism displayed in the Beitar Jerusalem stands yesterday against having Muslim or Arab players on the team.”

“We cannot ignore these displays of racism which not long ago were directed – and are still being directed – towards the Jewish people,” he wrote on Twitter.

And in a show of solidarity, Jerusalem’s Mayor Nir Barkat attended the Tuesday press conference welcoming the Muslim Chechen players, Zaur Sadayev and Gabriel Kadiev, who had previously played on the premier Russian team Terek Grozny.

Barkat said, “I want to tell viewers around the world that we will not put up with racism or violence.  This is an ethical statement that goes out from Jerusalem to the world.”

And Beitar’s team captain Amit Ben-Shushan said at the press conference welcoming the new players, “We do not engage in politics.  As far as we’re concerned, we will do our best to welcome the players in the best possible fashion.”

The Russian-born billionaire owner of Beitar, Arkady Gaydamak, rejected the nasty response to the new players, telling Israeli Army Radio last week that the “small group of so-called supporters of the team do not represent the general opinion of the Israeli public, and they should not be allowed to win.”

No one suggests there is no racism in Israel or amongst Israeli sports fans – far from it.  A horrible incident received a lot of attention last spring when Beitar fans, chanting “death to the Arabs” after a game in Jerusalem’s Teddy Stadium poured into the nearby Malha Mall, where Arab workers were allegedly assaulted by some participants.

But the only “experts” quoted in the NYT article are ones whose professional livelihood is built and dependent upon denouncing Israel as a racist society.

It might have been useful for readers of the NYT article to know that Zimmerman was chastised by the relatively restrained Anti-Defamation League as far back as 2005, for repeatedly comparing the Israeli Defense Forces and authorities to Nazis.

Yet the NYT writer places Zimmerman as the first expert in the article.  “People in Israel usually try to locate Beitar Jerusalem as some kind of the more extreme fringe; this is a way to overcome the embarrassment,” and Zimmerman continues, “the fact is that the Israeli society on the whole is getting more racist, or at least more ethnocentric, and this is an expression.”

Israeli Nephrologist: Kidneys Can Be Rejuvenated 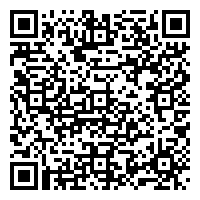